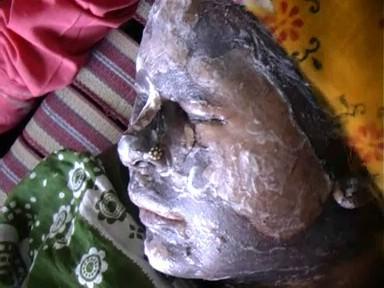 05 December 2017, Sweetcrude, Port Harcourt — Two persons have been confirmed dead at Emenike Street, in the Mile One area of Diobu, Port Harcourt metropolis of Rivers State, following a kerosene explosion that took place in the early hours of yesterday.

Confirming the incident to SweetCrude Reports, the Nigerian Security and Civil Defence Corps, NSCDC, said that the explosion occurred at about 5 am when a female resident at 32 Emenike Street, was trying to put on her stove filled with adulterated kerosene, popularly called kpo fire, when suddenly the stove exploded setting her ablaze.

Speaking, the Public Relations Officer of NSCDC in the state, Mr. Akin Oguntuase, explained that the female victim immediately screamed for help as she was on fire. The co-tenants on hearing her scream came to her rescue but ended up being victims also.

Oguntuase narrated that in an effort to quench the fire, one of the male co-tenant named Chima, mistakenly carried a jerry can of adulterated kerosene and poured on already burning flames which resulted in the rapid spread of the fire, burning eight other persons who were there to help.

He explained that two people died on the spot, while seven others who sustained varying degrees of burn injuries are receiving treatment at the University of Port Harcourt Teaching Hospital.

“Actually the incident happened at 32 Emenike Street in Mile One area of Diobu, Port Harcourt in the early hours of yesterday around 5 am.

“A lady went to lit her stove that she had filled with adulterated kerosene with high fuel concentrate. The stove immediately exploded and set her ablaze.

“So when co-tenants rushed out to help her, One Chima, a male tenant of the building who tried to put off the fire, mistakenly carried a jerry can filled with ‘kpo’ fire kerosene and poured it on the already burning flames which spread and attacked all the people that came to rescue the female tenant.

“Nine persons were burnt in the fire, Chima and one other person lost their lives, while seven others who sustained severe burns in the flame are receiving treatment at UPTH.”

“Once again, let me use this medium to call on members of the public to desist from patronising illegal refiners by consuming adulterated petroleum products, especially ‘kpo’ fire kerosene.

“This is about the fifth time this year, where an explosion triggered by adulterated kerosene has caused the death of innocent Nigerians in the state,” Oguntuase said.