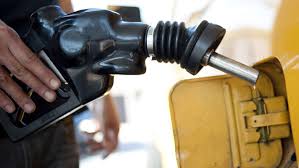 *Fuel dispensing at a filling station.

The stations committed various offences ranging from under-dispensing of product, over pricing, hoard and possible diversion of product, are Forte Oil on Moscow Road, Conoil on Amadi-Ama Roundabout, MRS at Mile 3, Oando at Mile 3, and Mobil Station on Aba Road all in Port Harcourt metropolis.

Speaking to newsmen during the surveillance exercise of filling stations in the state, DPR Head of Downstream, Port Harcourt Zone, Mr. Enwuchola Emmanuel, expressed displeasure over the high rate of sharp practices in the sector.

Emmanuel said the persistent queue at petrol stations witnessed in the country was as a result of the illegal activities of some major marketers.

He said the enforcement team of DPR had to embark on the surveillance of filling stations in the state based on information that some products which were loaded at the depot on Saturday, have been diverted.

According to him, “We visited 42 filling stations today based on our mandate, we met 17 selling and we sealed six for various offences.

“Some of the pump attendant in the stations saw us an ran away becuase of what they were doing.

“Our concern is that they should sell at the official rate and their pump should be accurate. If the marketers do the right thing queues at the stations will vanish.”

The Depart of Petroleum Resources further warned product marketers in the country to desist from all forms of corrupt practices, and vowed that the regulatory body would not rest until sanity was restored in the sector.