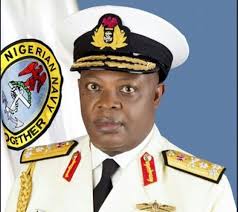 Handing over the vessels to the Economic and Financial Crimes Commission, EFCC, for further investigation, Choji said that after the investigation, the suspects would be handed over to an appropriate agency for prosecution, adding that the investigation which includes volumetric analysis would determined the quantity of impounded AGO.

The Navy chief also stressed the Nigerian Navy determination to ensure that the Rivers State maritime environment remained the safest, most secured and conducive environment for lawful activities to take place.

“At this point let me assure the law abiding members of the public that NNS Pathfinder has raised it’s activities against crude oil theft, illegal bunkering and all forms of illegality in the Rivers State maritime environment.

“To the criminals, there is no more hiding place for you in Rivers State, we have dominated the area, we have put in place strategies to ensure that they do not operate and have safe havens in this area,” he said.

Responding, a senior detective superintendent in the EFCC, Rivers State, Mr. Macaulay Olayinka, said they would take over the vessels for further investigations.

Olayinka described illegal refining and oil theft as sabotage to the nation’s economy, and explained that the EFCC had zero tolerance for illegal dealing in petroleum products.