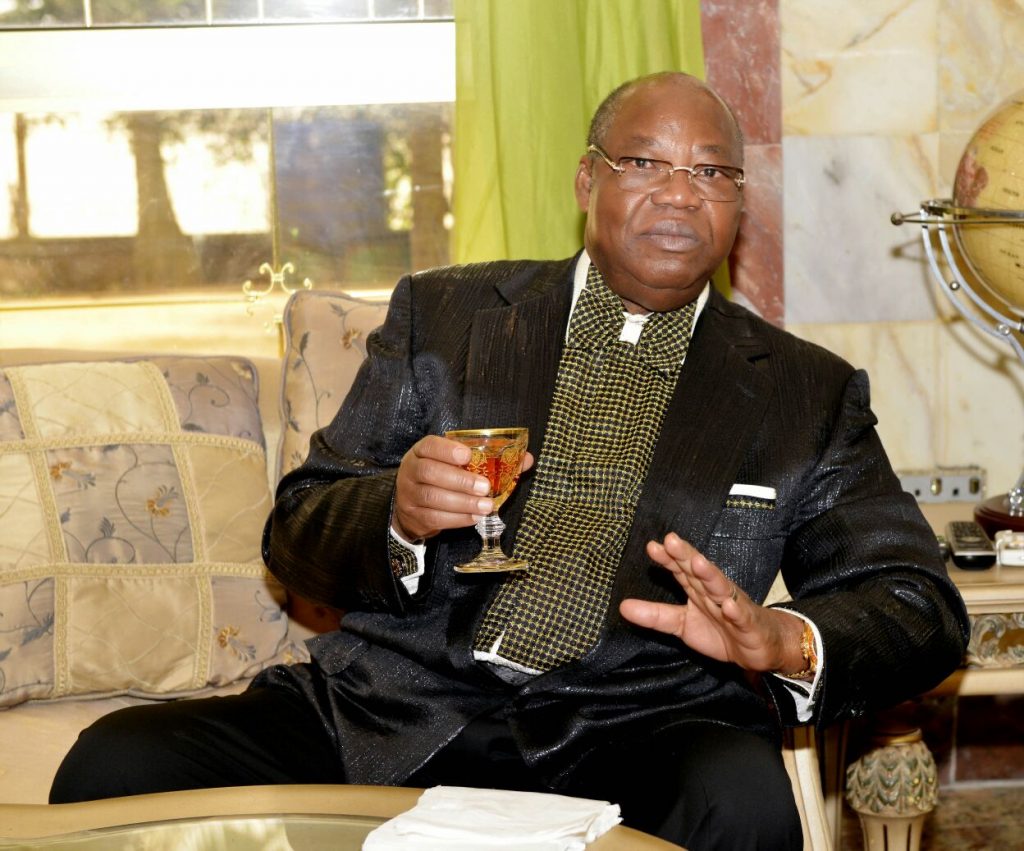 07 May 2018, Sweetcrude, Lagos — Nigerian civil society organisation, Human Environmental Development Agenda, HEDA, has filed a case before the Federal High Court to force seizure of the $1.1 Malabu Oil block by the federal government. The case will be heard on Tuesday.

The case which requires the Nigerian Attorney General to appear on May 8, will see HEDA demanding that the government take back the Oil Production License, OPL 245 issued Eni and Shell due to high-level corruption surrounding the deal.

“…revoke the Operating Production License, OPL 245 on grounds that the entire Malabu transaction in relation to the OPL 245 is unconstitutional, illegal and void as it was not legally granted, same having been obtained fraudulently vide corrupt practices.”

In the court filing, HEDA accused Eni and Shell of currently being in possession of a license tainted by the original allocation of the license in 1998 to Malabu Oil & Gas, where former Nigerian Oil Minister, Dan Etete has a stake under a pseudonym, constituting the “height of conflict of interest and corrupt practices.”

HEDA also points to the Nigerian state’s own arguments in a related UK court case that the 2011 deal for the block with oil giants Shell and Eni was corrupt.

Speaking on the suit, Chairman, HEDA, Lanre Suraju, said “This action is instituted to expose the players in the notorious Malabu scandal in which extant local laws and policies were breached and blatantly ignored. We shall use the law to retrieve this national asset from unscrupulous persons and corporations.”

“This corrupt deal is spawning legal action all over the world. Global Witness wholeheartedly supports the move to revoke the rights to this oil block. Shell and Eni should not be allowed to profit from their appalling behaviour, and other oil companies should take note: it is no longer business as usual in the oil industry” said Barnaby Pace of Global Witness.

Shell and Eni currently hold the license and are pursuing a $13.5bn investment plan to develop the oil field. The companies have been dogged by corruption allegations around their 2011 deal to buy the block and are facing an unprecedented bribery trial which is scheduled to start in Italy on May 14. No company as large as Royal Dutch Shell has ever stood trial for bribery offences.

The criminal case brought by the Milan Public Prosecutor alleges that $520 million from Shell and Eni’s payment for the 2011 deal was converted into cash and intended to be paid to the then Nigerian President Goodluck Jonathan, members of the government and other Nigerian government officials. The prosecutor further alleges that money was also channelled to Eni and Shell executives with $50 million in cash delivered to the home of Eni’s then Head of Business for Sub-Saharan Africa, Roberto Casula.

For years, Shell had claimed that it only paid the Nigerian government for the oil block. But after the joint investigations of Global Witness and Finance Uncovered, Shell confessed it had dealt with convicted money launderer and former oil minister Dan Etete. Etete had awarded the OPL 245 oil block to his secretly owned company, Malabu Oil & Gas while serving as oil minister.

Regarding the allegations against Eni’s CEO, the company has said “Eni’s Board of Directors has reaffirmed its confidence that the company was not involved in alleged corrupt activities in relation to the transaction. The Board of Directors also confirmed its full confidence that chief executive Claudio Descalzi was not involved in the alleged illegal conduct and, more broadly, in his role as head of the company. Eni expresses its full confidence in the judicial process and that the trial will ascertain and confirm the correctness and integrity of its conduct.”

Adoke admits to scam
Just last week, former Attorney-General of the Federation, Bello Adoke, has admitted to knowing that the deal was a scam.

He made the acknowledgment on a newly surfaced recorded telephone conversation in court, saying the deal was a “presidential scam”.

In the latest material, the recorded telephone call was placed by Carlamaria Rumor of RAI Television in Italy.

Adoke played a major role in the corruption deal which led to the transfer of billions of dollars into accounts of his accomplices both in Nigeria and in other countries.

The audio which was filed before a Milan court has been accepted as an exhibit.

In the 1hr 17 mins conversation held on November 5, 2015, Mr Adoke appears to be telling Ms Rumor that Dan “Etete collaborated with some Italian oil workers” to “divert some funds to foreign accounts” in an “illegal” move that “betrayed” the agreement which the Nigerian government had with Italian oil giant Agip-Eni and Royal Dutch Shell on the one hand and Malabu Oil and Gas on the other.

Adoke, AGF from 2010-2015, admitted that Mr. Etete, an ex-convict, was actively involved in the talks held between Nigerian government officials representatives of Agip-Eni, Shell, and other players.

This indicates that Mr. Adoke recognised Mr. Etete as the owner of Malabu Oil and Gas and dealt with him accordingly, thereby sidestepping Mohammed Abacha and other beneficial owners of the controversial oil firm.
A few years before the deal, Mr. Etete, former petroleum minister, had been convicted in France for money laundering, with the ‎French appeal court upholding the judgment.

In negotiating with Mr. Etete, Mr. Adoke apparently ignored his criminal past and other red flags raised about him and Malabu to authorise the deal.

The audio also marks the first time Mr. Adoke, at large for over two years now, would appear to be admitting personal knowledge of the unspeakable corruption that went down in the depletion of the $1.1 billion which Agip-Eni and Shell paid to the Nigerian government for onward transmission to Malabu Oil for the purchase of OPL 245 oil field in offshore Nigerian waters.

The development comes barely three weeks after the Abuja Division of the Federal High Court ruled that Mr. Adoke could not be held liable for some presidential powers he exercised while the Malabu Oil deal was being perfected between 2010 and 2011.