1,000 homes, markets to get off-grid electricity in Niger Delta 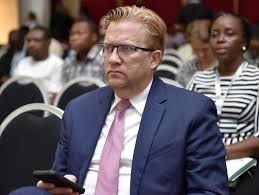 20 February 2018, Sweetcrude, Port Harcourt – Poor and epileptic power supply in the oil- rich Niger Delta region will soon be a thing of the past as an investor, All On, has sealed a deal with three firms to provide off-grid electricity to communities in the region.

The deal, between All On, Lumos, Cold Hubs and GVE Projects Limited, is expected to give power to communities, including homes and markets. Shell Petroleum Development Company, SPDC, has already provided the seed capital.
The Chief Executive Officer of All On, Dr. Boer Wiebe, after the signing of the deal in Port Harcourt, said its target was to provide electricity to over 1,000 homes in the region in the first phase of the project.
Wiebe explained that the purpose of the agreement was to address the electricity need in the Niger Delta, saying the deal would give accelerated access to affordable and sustainable energy sources in the region.
He regretted that power distribution firms in the country were underperforming, stressing that off-grid power providers would soon take over the market.
According to him, “We have signed three deals focused on off-grid power generation. The investment will provide off-grid electricity to communities.
“It is for people to solve their power problems individually. On this, we have signed three deals in Port Harcourt.
“The Discos are underperforming. This investment will give more opportunity for individuals and big firms to provide electricity for themselves,” he stressed.
Also speaking, the Programmes and Investments Manager of All On, Ms. Florence Okoli, said the firm, which was seeded with funding from SPDC, would provide energy products and services for the under-served and un-served energy markets in Nigeria with a special focus on the Niger Delta.
“Power is important to SPDC, that is why they gave the seed capital as empowerment for this investment. What we invest is what the project needs, the investment is significant enough to make the partners scale up,” Okoli said.
The Chief Executive Officer of Cold Hubs, Mr. Nnaemeka Ikegwuonu, explained that the firms involved in the agreement would meet the needs of Nigerians in the area of food preservation, as it would install solar-powered cold rooms to help preserve perishable agricultural products in markets.
Ikegwuonu, who regretted that preservation was the major problem of farmers and traders, said farmers would be given the opportunity to preserve their produce within the period of one to three weeks at affordable cost.