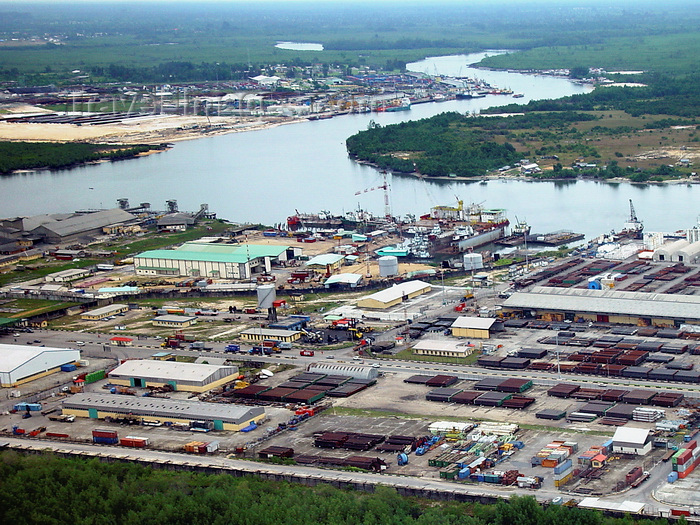 *View of the Rivers Port Complex, the Bonny River and harbor facilities. A.Bartel

This is according to the document -Daily Shipping Position- obtained from the Rivers port office of the Nigerian Ports Authority.

According to the document, six other ships laden with Automated Gasoline Oil, commonly called diesel, frozen fish and bulk wheat are also expected to berth at Rivers Port within the week.

It explained that four ships were already at the port with bulk salt, frozen fish, and bulk wheat. These four ships, according to the document came in between 26th of July and 2nd of August 2018.