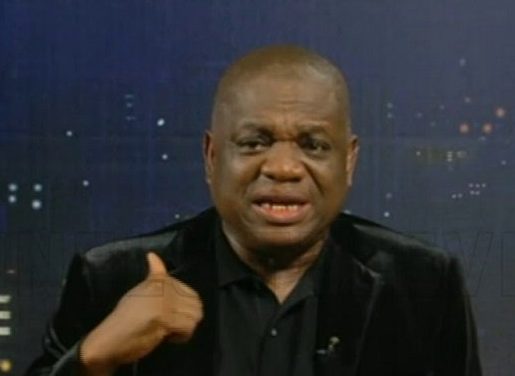 28 May 2018, Sweetcrude, Lagos — The Former governor of Abia state, Orji Kalu has alleged that the controversial $16 billion power project fund was shared among former president Olusegun Obasanjo’s friends and loyalists.

Orji revealed this on Channels Television today while reacting to President Muhammadu Buhari and former president, Olusegun Obasanjo’s dispute over the $16 billion power fund, saying that the latter’s friends shared the money.

According to him, the money in question was not missing.

“I know that $16billion is not missing”.

Kalu who noted that a lot of disagreements had ensued between himself and Obasanjo notes, “A lot of import licenses were issued to a lot of people who never deserved it. A lot of money was given to many businessmen which are unaccountable by that government. If Obasanjo’s government deserves to be probed, he should be probed.”

“I don’t see anything wrong in probing any government that has taken Nigerian people’s money. The money belongs to the people of Nigeria. There was a huge corruption under Obasanjo’s government, it’s not only the power sector. I wrote him a letter telling him.

“Nigerian people were deceived and national assets were sold without due process.”

Orji’s outburst comes on the heels of President Buhari’s allegation against Obasanjo last week, saying that the fund was “wasted”.

However, in an immediate response that suggested Buhari’s comment was directed at him, former president Olusegun Obasanjo said no money for power was mismanaged and that he was ready for a probe.

The House of Representatives had in 2008 described the $16 billion spent on power by Obasanjo’s government as a colossal waste, blaming it on “poor budget planning and a lack of proper oversight by relevant bodies.”