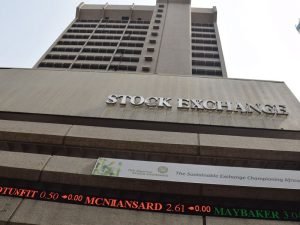 Lagos — With only few days to the end of trading for 2019, it was certain that transactions on the Nigerian Stock Exchange, NSE, will close in the red zone.

Last year, indeed, turned out to be yet another locust year for both local and foreign investors, due to an unfriendly operating environment.

This, analysts said, was in spite of the impressive financial results churned out by most quoted companies.

According to the analysts, the market was negatively impacted by the general elections, insecurity and unstable monetary and fiscal policies, among others, even in the face of stability in foreign exchange market.

Records of trading on the NSE as of December 20, 2019 showed that the equity market dipped by 15.60 per cent year-to-date due to massive sell-offs, yet it recorded strong corporate fundamentals of listed companies against a loss of 17.81 per cent in 2018.

At the close of transactions on December 22, the All-Share Index of the Exchange during the review period dropped by15.60 per cent year-to-date to close at 26,526.35 against the opening year index of 31,430.50.

However, the market capitalisation which opened for the year at N11.720 trillion in spite of two major listing gained N1.08 trillion to close trading on December 22 at N12.804 trillion.

Market watchers are of the opinion that the loss could have been higher if not for the increased number of listing witnessed during the year.

Analysts believe that despite the decline, 2019 would remain evergreen in the history of the Exchange with the array of new listings like SAHCOL, MTN Nigeria Communications and Airtel Africa.