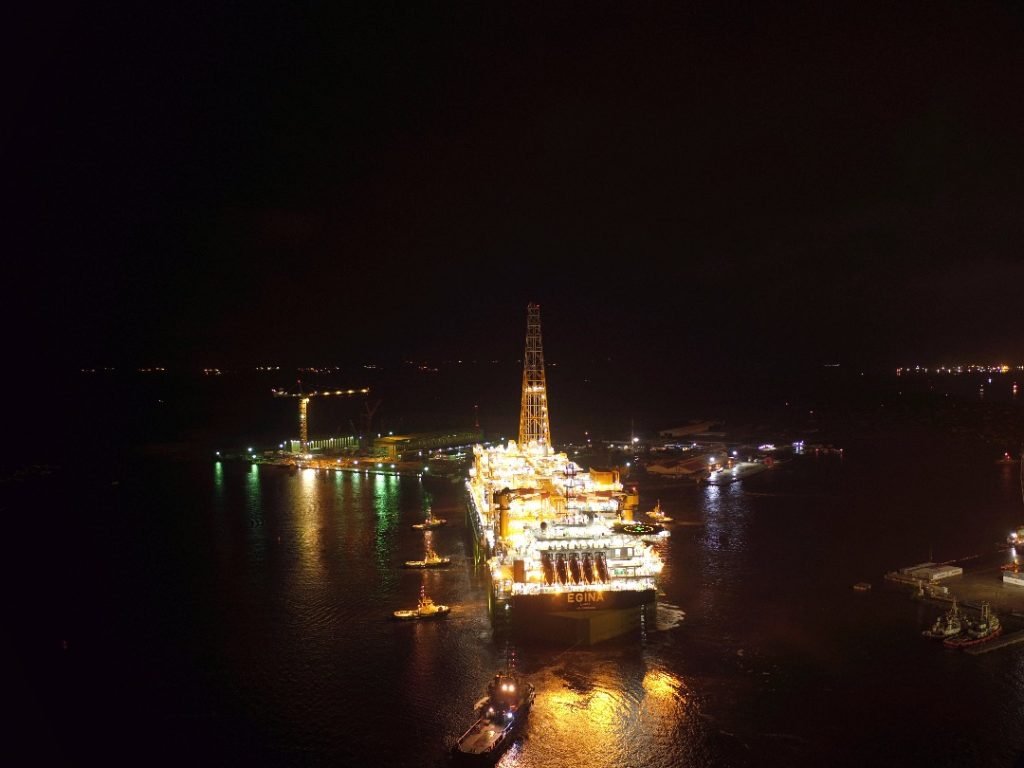 26 August 2018, Sweetcrude, Lagos — It has been alleged that Samsung, the company responsible for the fabrication of the Egina Floating Production Storage and Offloading, FPSO, vessel integrated at the Ladol yard in Lagos, has been conniving with some corrupt Nigerians to ship jobs meant for Nigerians to South Korea.

According to information at SweetcrudeReports’ disposal, the fabrication, part which Nigerians were made to believe would be done in Nigeria, has seen personnel being shipped into the country from South Korea to handle the very integration of the vessel originally planned to be handled by Nigerians at the Ladol yard.

The Egina FPSO had arrived Nigeria from South Korea amidst pomp and pageantry on January 24, this year.

The vessel, which was already more than half-way completed as at the time of its arrival, was merely planned to create an illusion of its last six modules being locally fabricated in the country by Nigerians.

SweetcrudeReports found that the FPSO, which was due to have left the Ladol yard for its operational base at the deep offshore Egina oil field in June, had faced technicality hitches and controversies surrounding an extra one percent charge by Ladol for hosting the vessel.

It eventually left the free zone location of the Ladol yard in Lagos only last Sunday.

In January when SweetcrudeReports visited the vessel soon after its arrival from South Korea, it was learnt that some South Koreans were hiding in the vessel, having been brought in to handle the integration job on the facility originally meant for Nigerians.

Findings then showed that Nigerians who were working on the vessel were employed on contract basis. In fact, on the second visit to the vessel between February and March, a protest by the Nigerian contract workers was on.

When SweetcrudeReports spoke with some of the workers, it was gathered that they were worried that they would become jobless after the FPSO had left Ladol for the Egina oil field.

Again, when SweetcrudeReports visited earlier this month, it was observed that Samsung had shipped in more South Koreans into Ladol.

It was gathered that in the first instance, Samsung was the lowest bidder among the contractors who had vied for the Egina FPSO contract. However, according to our source, some “corrupt and unpatriotic Nigerians” had connived to swing the contract for Samsung, shoving aside some of the necessary conditions required of the would-be winner of the contract.

Findings showed that part of what is causing the current controversy with the Egina FPSO is Samsung’s demand for an extra $300 million before the final phase of the job, which we learnt is at 95 percent, is completed and the FPSO handed over to Total.

Our sources did not specify what the extra $300 million being demanded by Samsung was meant for.

But, the sources revealed that the extra $300 million was one of the reasons for the extra one percent being demanded by Ladol from Samsung and Total.

“That was what caused the rumour that Ladol is making the free trade zone unfriendly to foreign investors. They wanted to cheat Nigerians,” a source said.