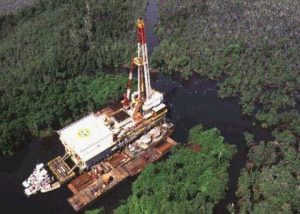 18 May 2018, Sweetcrude, Lagos — The Ijaw Youth Council, IYC Worldwide, has called for political space for the Ijaw people of Niger Delta, in order for them to express their political aspirations freely without restriction.

President of IYC, Mr. Eric Omare, in his speech, to mark the golden jubilee anniversary of the late Niger Delta hero, Isaac Adaka Boro, noting that the agitation of the Late Boro led to the creation of the old Rivers State in 1976.

Omare lamented that 50years after Adaka Boro died while fighting for the freedom of his people, the political fortune of Ijaw people have not changed, as they are still balkanized into six different states as minorities and subjected to all sorts of politically suppression and oppression.

He stated that the Ijaw areas covered by the proposed Toru-Ibe and Oil Rivers State are geographically contiguous and linguistically homogeneous.

According to him, “Nigeria now has thirty-six states whereas the Ijaw people who are the fourth largest ethnic nationality in Nigeria and even the first to ask for state creation through their late leader, Harold Dappa-Biriye, at the London constitutional conference, still has only one homogeneous state, that is Bayelsa State.

“This is oppressive and totally unacceptable to the Ijaw people especially considering the fact that majority of the resources being used to fund the thirty-six states of the federation and the federal and local governments of the country are from the Ijaw territory.

“On the way forward and as a key demand of the Ijaw people on the quest for the restructuring of the country, there is a need for the creation of two homogenous Ijaw states: Toru-Ibe State for the Ijaw people of Ondo, Edo and Delta States on the western flank.

“And Oil Rivers State for the Ijaw people of Akwa Ibom and Rivers State in order for them to freely express their political aspirations.

“The only way restructuring can make sense to the Ijaw people is for these two states to be created and this was a key part of the struggle of Late Isaac Adaka Boro while he was alive and it is sad that fifty years after his demise, his dream of political autonomy for the Ijaw people is yet to be fulfilled,” Omare said.