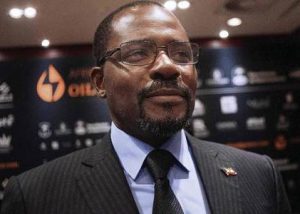 Cape Town — Noble Energy has made a new discovery in Block 1 offshore Equatorial Guinea, with the U.S. company expecting to produce new oil by tapping into existing infrastructure by October, the oil minister said on Tuesday.

“We are excited to announce this discovery, which could not have come at a more opportune time,” Gabriel Obiang Lima, minister of hydrocarbons and mines, said in a statement.

Obiang Lima said the Aseng 6P well was drilled to a depth of more than 4,000 meters and Noble was in the process of connecting it to existing infrastructure in the Aseng field, which has five subsea wells connected to a floating production storage and offloading (FPSO) vessel.

Noble Energy is the operator of Aseng with a 40 percent interest and counts Glencore, Gunvor and Atlas Petroleum as partners, the hydrocarbons and mines ministry said.

“When companies drill offshore Equatorial Guinea their likelihood for a discovery is real,” Lima said of the OPEC member positioning itself as an emerging West African gas hub.