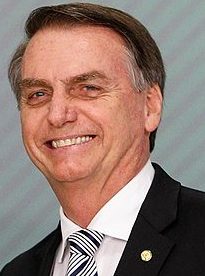 Sao Paulo — Brazilian President Jair Bolsonaro said on Friday that a U.S. attack in Iraq that killed Qassem Soleimani, the head of Iran’s elite Quds Force, would have an impact on international fuel prices that could impact Brazil.

Bolsonaro said he had attempted unsuccessfully to speak to the chief executive of state-run oil company Petrobras, Roberto Castello Branco, about the risk. He said that in the past Brazil had unsuccessfully tried to regulate fuel prices and the solution was to break Petrobras’ monopoly in domestic refining.