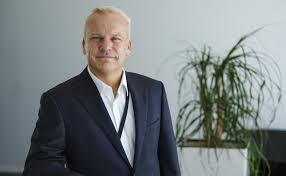 Oslo — Equinor on Monday announced the appointment of Anders Opedal as chief executive effective from Nov. 2 as the Norwegian oil and gas group looks to speed up a move into renewable energy.

The new CEO, who had been executive vice president for technology, projects and drilling, replaces Eldar Saetre who will retire after more than 40 years at Norway’s biggest company.

European oil companies are pushing ahead with plans to develop emissions-free sources of energy, with some, such as BP and Eni promising to cut their oil and gas production.

“We can make Equinor a relevant company, a leading company in the energy transition,” Opedal said in a video released by the company.

“We will focus and improve our oil and gas portfolio and accelerate our development of renewable energy,” Opedal said.

“Equinor is entering a phase of significant change as the world needs to take more forceful action to combat climate change,” Chairman Jon Erik Reinhardsen said in a statement.

“The board’s mandate is for Anders to accelerate our development as a broad energy company and to increase value creation for our shareholders through the energy transition.”

Saetre in 2018 changed the majority state-owned company’s name from Statoil to Equinor and promised to increase investment in renewable energy.

Opedal said the company would also seek to build new business within hydrogen, carbon capture and storage (CCS) as well as other low-carbon solutions.

Opedal, a former chief operating officer, has also been in charge of Equinor’s Brazil business, where the company plans a big offshore oil expansion in the coming years.

Saetre’s six years at the helm came at a time of upheaval in the energy industry, with a plunge in oil prices in 2014-2015 and again this year triggering large losses and write-offs.

With accumulated losses of $20.4 billion in Equinor’s U.S. operation, Norway’s energy minister this year called for greater transparency in the group’s overseas investments.

“As far as we know Opedal is the one among the four internal candidates (who has the) least direct involvement in Equinor’s North America operations,” Sparebank 1 Markets analyst Teodor Sveen-Nilsen wrote in a note to clients.