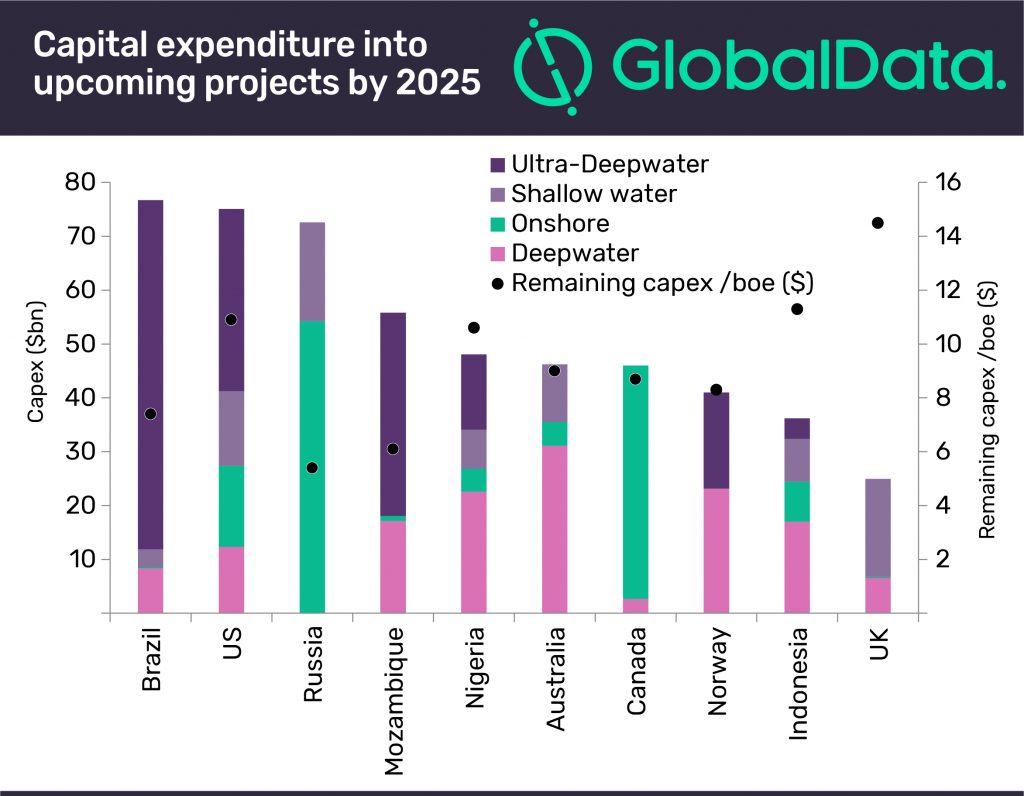 29 March 2018, Sweetcrude, Lagos — Over $811bn will be spent on 615 upcoming oil and gas fields between 2018 and 2025. Globally, capital expenditure (CapEx) into conventional oil, heavy oil, oil sands and unconventional oil projects would add up to $352bn, $44bn, $43.4bn and $30bn respectively over the eight-year period, according to GlobalData, a leading data, and analytics company.

Brazil accounts for $76.7bn or over 9.5 percent of $811bn of CapEx for the period of 2018 to 2025. Brazil has 49 announced and planned fields. Among these, top fields in terms of CapEx for the period are three ultra-deepwater conventional oil fields: Lula Central with $13.3bn, Lula Oeste with $6.5bn and Buzios V (Franco) with $5.6bn.

The US follows with $75.0bn or an approximate 9.3 percent share in global planned and announced CapEx over the forecast period. The country has 37 planned and announced fields. Ultra-deepwater Mad Dog Phase 2, shallow-water Smith Bay and onshore Horseshoe are the top three fields with CapEx for the eight-year period of $13.4bn, $11.1bn and $6.5bn, respectively. All three are conventional oil developments.

Nigeria, Australia, Canada, Mozambique, Norway, Indonesia, and the UK, together have a CapEx $298bn, or about 37 percent of the total CapEx spending on upcoming projects globally for the period.

Many upcoming unconventional oil and gas projects represent new acreage developments within existing or newly acquired positions, and as such are covered under producing projects capital expenditure overview.