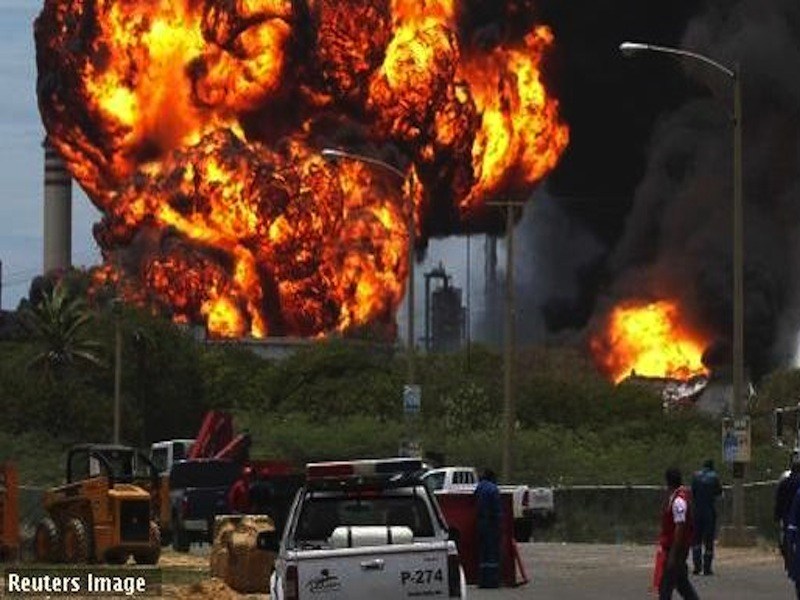 Eight others, who sustained various degrees of injuries at the plant owned by Second Coming Company Nigeria Limited, were rushed to the hospital.

Also, five persons died in another gas explosion in a retail gas shop in Ajara Vetho, Badagry Local Government Area of Lagos State. The explosion occurred at about 8.30am, resulting from what eye witnesses described as excessive heating up of cylinders that were locked up in the shop.

The explosion at the gas plant in Magodo, located on CMD Road, happened around 7.2am, attracting the attention of officials of the Lagos State Emergency Management Agency, LASEMA, and fire servicemen who were on ground to quell the fire.

According to General Manager, LASEMA, Adesina Tiamiyu, “Although eye witness posited that the fire outbreak could have been as a result of gas leakage from the gas plant triggered by ignition of fire, preliminary investigation by the agency revealed that three reservoir tanks for storage of gas and one 33,000 litre gas truck in the gas station were engulfed in fire with secondary explosion within the gas station.

“Unfortunately two burnt bodies were recovered behind the fence of the gas station, while eight casualties were also recorded with various degrees of burns and injuries which were attended to by the officials of the Lagos State Ambulance Service and the agency’s paramedics before moving two with more degrees of burns to Trauma Centre, Toll Gate for further medical attention”.

Tiamiyu said men of the Lagos State Fire Service with four fire trucks and the LRU Fire Unit with two fire trucks were able to curtail the spread of the fire to adjourning buildings in the area.

Tiamiyu said the situation was completely under control with the perimeter of the vicinity secured and evacuation of people away from the scene, adding that officials of the Ikeja Electricity Distribution Company, IKEDC, had completely isolated power supply from the affected area to avoid any other incident.

He assured that proper investigation would be conducted to ascertain the possible cause and to prevent future re-occurrence of the incident in the state.