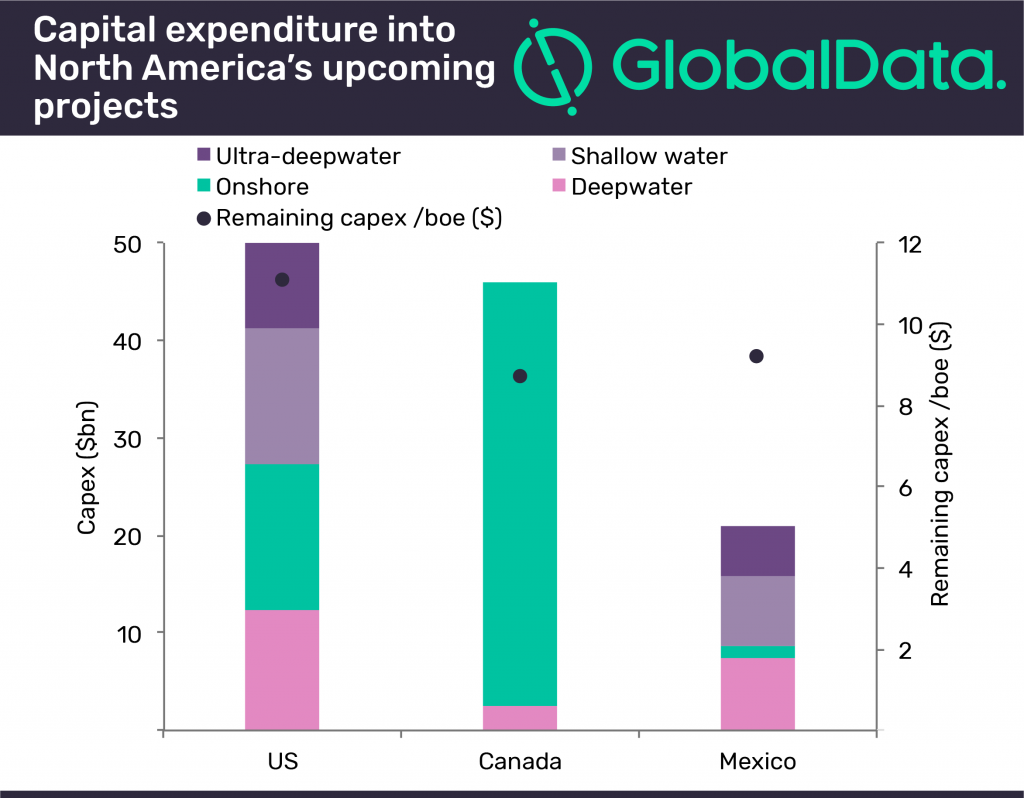 24 April 2018, Sweetcrude, Houston — Over $142bn will be spent on 97 upcoming oil and gas fields between 2018 and 2025. Capital expenditure (CapEx) into North America’s conventional oil and gas projects will add up to $91bn and $2.9bn, respectively over the eight-year period, with $82.6bn of CapEx contributing from the offshore fields, according to GlobalData, a leading data and analytics company.

Mexico is expected to contribute $20.9bn or approximately 15 percent to the total CapEx spending between 2018 and 2025 and has 40 planned and announced fields. The top three fields are Exploratus, Nobilis-Maximino ultra-deepwater conventional oil fields and Trion conventional oil deepwater field with CapEx of $1.3bn, $3.2bn and $5.3bn, respectively.

GlobalData expects that over their lifetime, the 97 upcoming oil and gas projects will require $234bn in CapEx to produce over 19,636 million barrels of crude and 9,530 billion cubic feet of gas. Upcoming onshore projects in North America will have the highest total CapEx at $97.1bn. Ultra-deepwater projects will require $61.7bn over the lifetime, while deepwater and shallow water projects carry a total CapEx of $38.3bn and $36.4bn, respectively.