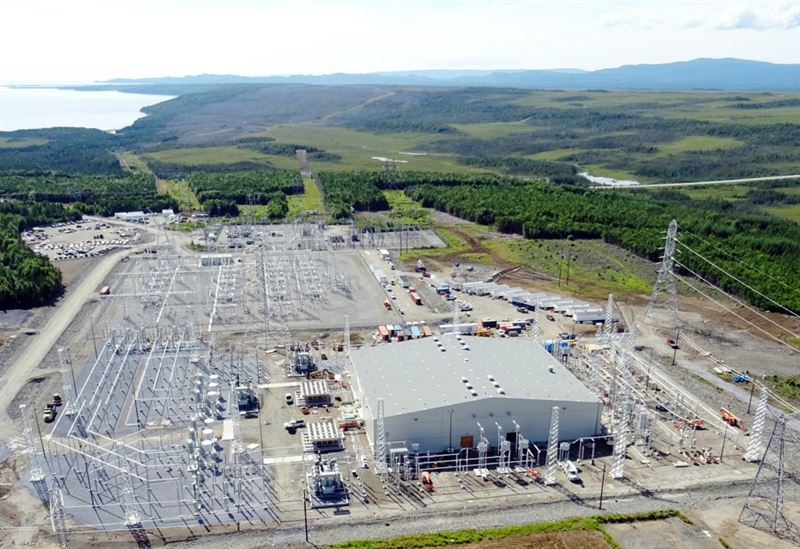 *Maritime Link HVDC project completed, enabling the exchange of clean, reliable electricity between the Islands of Newfoundland and Nova Scotia in the North American grid

The link made history on December 8, 2017, by conducting the first exchange of electricity between the islands of Newfoundland and Nova Scotia. It went into service on January 15, 2018, as ABB continues to work with Emera and the system operators in each province during initial operation.

The Maritime Link is a 500 megawatt (MW) high-voltage direct current (HVDC) connection that will enable clean, renewable energy, generated in Newfoundland and Labrador to be transmitted to the North American grid in Nova Scotia reducing dependence on fossil fuels. The stabilizing features of ABB’s solution will also allow Nova Scotia to integrate additional renewables such as wind power and contribute to Canada’s emission-reduction efforts.

The HVDC Light® technology, used in the design of the Maritime Link, is the first bipolar configuration of its kind in the world using proven and reliable Voltage Source Converters (VSC). This solution enhances system availability, reduces losses and increases grid reliability, as power continues to flow even if one conductor or converter is not in use. The converter stations are equipped with the ABB Ability™ based advanced MACH™ control and protection system which acts like the brain of the HVDC link. It monitors, controls and protects the sophisticated technology in the stations and manages thousands of operations to ensure power reliability. Its advanced fault registration and remote control functions also help protect the link from unexpected disruptions, such as lightning strikes.

“Our proven HVDC Light technology will enable the historical Maritime Link project to integrate and deliver clean renewable energy while enhancing grid stability and enabling power sharing”, said Patrick Fragman, head of ABB’s Grid Integration business, a part of the company’s Power Grids division. “HVDC transmission, a technology we pioneered and lead, is an important element of our Next Level strategy, reinforcing our position as a partner of choice for enabling a stronger, smarter and greener grid.”

ABB pioneered HVDC technology 60 years ago and has been awarded approximately 120 HVDC projects representing a total installed capacity of more than 130,000 MW, accounting for about half of the global installed base. The company also pioneered VSC-based HVDC Light technology 20 years ago and is the market leader, now having delivered 20 of the 26 VSC HVDC projects commissioned around the world.

HVDC Light is a preferred solution for long-distance underground and underwater power links and inter-connections like the Maritime Link Project. This technology is increasingly being deployed across a range of applications. The latest generation of this technology can transmit power at ±640 kilovolts (kV) over 2,000 kilometres and deliver up to 3,000 MW of electricity – enough to power several million households.