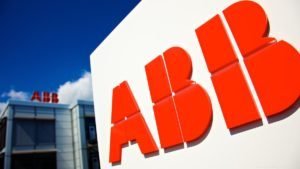 19 October 2018, News Wires — ABB is exploring a sale of its Power Grids business, people familiar with the matter told Reuters, representing a U-turn by Chief Executive Ulrich Spiesshofer who defied activist shareholders to keep the unit two years ago.

ABB is examining various options for Power Grids, its second-largest but lowest-margin business, three sources said, with a decision likely by early next year.

“The company is looking at separating its Power Grids business,” one source said. “A sale of a majority is the preferred option at moment, although selling a minority or spinning it off are also possible.” “Everyone agrees there needs to be changes,” another source said.

Credit Suisse and investment banking boutique Dyal Co, led by former Goldman Sachs banker Gordon Dyal, are advising ABB on a deal for the unit, which analysts estimate could be worth around $11 billion.

Management and advisers are examining how Power Grids could be separated from the rest of ABB’s business, which runs from industrial robots to power transmission equipment, before the Swiss company’s board makes a decision.

“The price will be decisive. If a sale creates no value for ABB there will be no deal,” the source added.

Cevian had argued that the unit lacked synergies with the rest of ABB’s business, and that the company’s conglomerate structure made it too complex to run efficiently.

Since then Power Grids has only slightly improved its performance. Its relatively low profitability compared to other divisions has weighed on ABB’s share price, which recently fell to its lowest level since December 2016.

The company’s share price remains far short of the 35 Swiss francs which Spiesshofer said could be possible if the company retained Power Grids, and the level which Cevian said could be achieved by ABB and a separate listing of Power Grids together.

“ABB must stop with explanations and whitewashes, now they simply have to deliver shareholder value.”

Spiesshofer, who has led ABB since September 2013, hinted this year at a possible separation when he said ABB’s current organisation was not “cast in stone”.

Power Grids employs 36,000 people and had sales of $10.4 billion last year. It had an operating profit margin of 9.7 percent during the second quarter, a decline of 40 basis points from a year earlier and outside its target range of 10 to 14 percent.

If a deal is approved, ABB could concentrate on more profitable areas like electrification and automation. The company could also be interested in buying General Electric’s power conversion unit, the first source said.

Infrastructure funds, which normally invest in public assets like toll roads and airports, are interested in acquiring a stake in Power Grids, while industrial companies including possible bidders from Asia could also enter the bidding, a second source said.

ABB had been in discussions with China’s State Grid on the unit in the past, but no deal ever materialised, another source said.