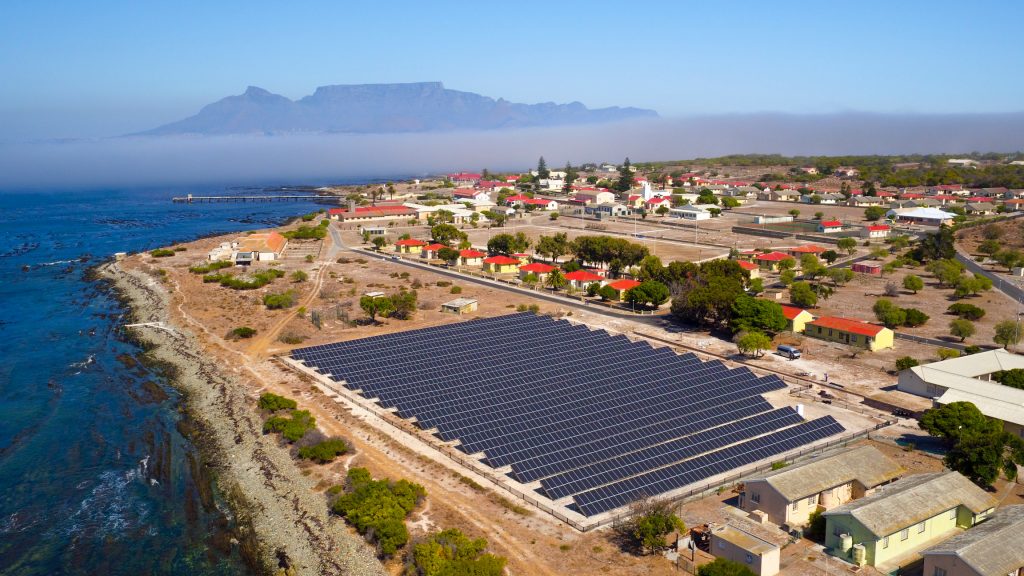 03 November 2017, Sweetcrude, Zurich, Switzerland — Microgrid and wireless technologies will integrate renewable solar energy and reduce the use of fossil fuels to power World Heritage Site in South Africa Bringing a modern, sustainable technology solution to a historically significant site, ABB has provided a microgrid system to integrate solar energy and supply power to Robben Island, the place where Nelson Mandela spent 18 years in prison during the apartheid era.

Now a living museum and World Heritage Site, Robben Island lies 9 kilometers off the coast of Cape Town and previously relied on fuel-thirsty, carbon-emitting diesel generators as the only source of electric power.

Essentially a small-scale electric grid, the new microgrid will substantially lower fuel costs and carbon emissions, enabling the island to run on solar power for at least nine months of the year. The microgrid project is part of a sustainable tourism initiative funded by the Department of Tourism in South Africa and was executed for SOLA Future Energy, an engineering, procurement and contracting company.

ABB is a pioneer in microgrids, which because of their size and power are ideal for remote locations like islands, which cannot easily be connected to the main power grid. That is particularly the case with Robben Island, which served as a prison for nearly 400 years because the strong currents around the 4.8 square km island made escape almost impossible.

Robben Island became a symbol of non-violent anti-apartheid resistance during and after the imprisonment of Mr. Mandela, who after his release became president in 1994 and led South Africa through the early years of its transition. The Robben Island Museum, which opened in 1997, is today one of South Africa’s most popular tourist sites. It receives more than 300,000 visitors a year, who come to the island by ferry and are led on guided tours by former political prisoners.

With about 100 museum staff living on the island, which also has a working lighthouse and busy harbor, Robben Island has the electricity requirements of a small village. The microgrid will capture solar energy from a 667-kilowatt peak photovoltaic field – equivalent to the average power needed for about 130 homes – that has been installed on the island.

The system is equipped with ABB solar inverters that convert the variable direct current (DC) output from the solar panels into the alternating current (AC) required for electric utilities. As the main energy source, the microgrid will reduce carbon emissions and the fuel demands of the diesel generators, which previously required around 600,000 liters of fuel a year but now will serve primarily as a back-up.

An ABB Ability™ wireless network connects the solar plant to the microgrid providing reliable and secure communications. An operations center in Cape Town is capable of monitoring and controlling the Microgrid. The remote set-up eliminates the need to maintain a workforce on the island, whose volatile weather can sometimes impede travel to and from the mainland. The wireless solution has also eliminated the need for cable trenches, helping preserve the local habitat on the World Heritage Site.

“ABB’s microgrid solution integrates solar energy and curtails the use of fossil fuels to power Robben Island, bringing substantial cost efficiencies and supporting the Department of Tourism’s efforts to keep the heritage and spirit of this world renowned island alive,” said Claudio Facchin, president of ABB’s Power Grids division. “The project supports our focus on microgrids and our ongoing commitment to reduce environmental impact as a partner of choice for enabling a stronger, smarter and greener grid.”

ABB has around 40 microgrid installations around the world, across a diverse range of applications serving remote communities, islands, utilities and industrial campuses.