ABB presses ahead with reshaping business after profit beats forecast 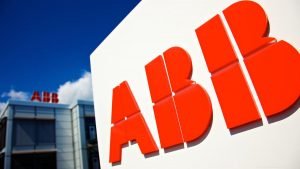 ABB shares rose more than 4 percent on the Swiss bourse after the power grid and industrial robot maker posted a strong rise in orders and said it expected revenue growth to improve.

Spiesshofer, who has been under pressure following ABB’s sluggish growth in recent quarters, said the Zurich-based company would continue to look at streamlining its portfolio.

In the last two years it has shed businesses including power cables and quit activities overseeing big engineering projects. “We have been very active in our transformation,” Spiesshofer told reporters. “We would not say that our portfolio is now cast in stone.

It’s ABB’s least profitable division and the company decided to keep it in 2016 despite calls from some shareholders to spin it off because of a lack of overlap with the rest of ABB’s business.

Power Grids has since increased its profitability – to 9.8 percent in the second quarter – but remains short of its 10 percent goal. The business – which sells equipment to utilities, employs 36,000 people and had sales of $10.4 billion last year, would carry a price tag of around $11 billion, according to analysts estimates.

“A couple of years ago this business had an operating margin of four percent, and it was rumoured to be worth four to five billion,” Spiesshofer said. “If you look at the business today, it’s on a good trend to have more than a billion in profit for the year, which means we have created a lot of value.”

Asked if ABB would consider selling the Power Grids business, Spiesshofer said: “We manage the entire portfolio and all businesses are part of the portfolio.”

Spiesshofer’s comments “indicate that ABB’s management continue to assess the future of Power Grids,” said Barclays analyst James Stettler, who said ABB may only sell a part of the business or reduce its exposure to less profitable segments.

“In a world of activist investors, if you have a division that is not performing the CEO is going to be under pressure to do something and that pressure is not going to go away.”

Activist shareholder Cevian Capital, ABB’s second largest shareholder with a 5.3 percent stake according to Reuters data, declined to comment. Cevian led the campaign to separate Power Grids from ABB in 2016, saying ABB’s structure was too complicated.

Cevian has also been active at Germany’s Thyssenkrupp whose chairman and CEO have both resigned following calls for a radical restructuring of the submarines to elevators group.

ABB reported a 30 percent rise in net profit to $681 million in the three months to June 30, topping the $631 million expected by 23 analysts polled by Reuters.

Spiesshofer said he expected sales to pick up in coming months as orders began being converted into projects.