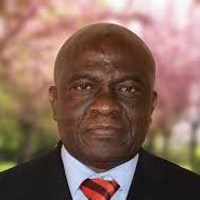 Kinshasa, DRC — The Democratic Republic of Congo’s Minister for Hydrocarbons, Rubens Mikindo Muhima this week commissioned geological studies for 16 oil and 3 gas blocks in the DRC as a precursor to the awarding of tenders for exploration and exploitation.

In his speech, Minister Muhima affirmed his belief that fossil fuels alone can revolutionize the economy of DRC.

Reacting to these developments, Ephrem Bwishe, an activist in the Democratic Republic of Congo (DRC) said, “This newest decision by DRC to undertake exploration of oil and gas is a threat to Salonga and Virunga Parks, which are UNESCO World Heritage sites and home to the critically-endangered mountain gorillas and many other endemic species.

As we have seen in other countries, oil and gas exploration won’t directly benefit the local communities and will instead impoverish these people who depend on fisheries, farming and tourism.

As a citizen of DRC, I call on President Tshisekedi and his Government to cancel any oil exploration contracts signed in the past, and not undertake any future oil exploration activities in the protected areas. The government is an ally of its citizens and should act in their interests to protect and create opportunities that benefit the community’s livelihood and preserve the natural resources in the region.”

Landry Ninteretse, Africa Team Leader at 350.org, said, “DRC has an abundance of natural resources that it can exploit to meet its economic and development ambitions. Virunga and Salonga National Parks host many of these oil and gas blocks, meaning that DRC could effectively stand to lose the outstanding universal value and significant income derived from these two protected areas. No oil exploration or extraction should happen in such fragile ecosystems where people have been living in harmony with nature for centuries.

We thus call on the DRC government to reconsider oil and gas exploration and instead focus on the more viable income opportunities available in the country such as tourism, mining and agriculture.”

On May 8, 2020, Minister Muhima presented the inventory of the oil and gas potential in the DRC and the Cabinet adopted a selection of 16 oil and 3 gas blocks, mostly in protected areas to undergo a tendering process that will culminate in the allocation of hydrocarbon rights.

Virunga and Salonga Parks have outstanding universal value, listed as UNESCO World Heritage Sites in 1979 and 1984, they play host to 43% of Africa’s bird species, 27% of African mammals and more than 10% of these reptiles, amphibians, medicinal plants and several other rare endangered species that do not exist anywhere else in the world. This rich biodiversity that supports the livelihoods of millions of people is threatened by a series of licenses for oil exploration by the government of the Democratic Republic of Congo, through the Ministry of Hydrocarbons.