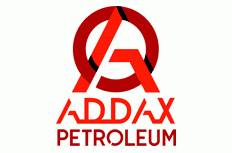 Chinese firms have so far had limited impact in Nigeria’s oil industry in comparison to Western companies such as Shell and ExxonMobil.

But an executive from Addax, owned by China’s Sinopec, told an industry conference in Abuja that it was hungry for more.

Speaking of Sinopec’s international arm SIPC, Cornelis Zegelaar, managing director for Addax’s Nigerian branch, said “Nigeria is the most important for us and the biggest producer.”

“So when I was in Beijing last month when I was meeting with the top leaders of Sinopec, they told me that I have to do everything possible to make sure that the operations are not only run efficiently and safely, but also that they will grow the business,” he said.

He said that Addax was now producing more than 90,000 barrels per day from four licenses in Nigeria, mainly in the shallower offshore areas.

That remains significantly below major producers in Nigeria, where total output is currently at around 2.0 million barrels per day.

Total announced in November the sale of its 20-percent stake in an offshore bloc to Sinopec, whose official name is China Petroleum & Chemical Corporation, for $2.5 billion (2.0 billion euros).

The OML 138 bloc, which includes the Usan oil well in production since last year, is co-owned by US groups Chevron and ExxonMobil and Canadian company Nexen.

“Let’s say it’s our first step to get into deepwater — a modest step, but we are certainly committed to growth internationally, and certainly in Nigeria,” Zegelaar told AFP.

Total said the sale of its stake in the bloc did not signify any loss of confidence in production in Nigeria, which has been seeking to overhaul taxes and other aspects of the industry for years.

Charles Ngoka, a deputy managing director for Total’s Nigeria operations, pointed to its plans to develop the Egina offshore field as proof of its commitment to the country.

“Our strategy is to make sure that we use our resources in the places that we want them,” he told AFP.

While China has begun making inroads in Nigeria’s oil industry, other major Western firms, including Shell and Exxon, also expressed their continued commitment to operating in the country at the conference on Wednesday despite insecurity and other challenges.

The industry has also been in tough negotiations with the government over a planned sweeping overhaul of the industry years in the making that would rework taxes and royalties as well as restructure the state oil firm, among other issues.

Industry executives have warned that the taxes and royalties as written in the legislation are too harsh and would freeze out new investment. Nigeria’s government says the proposed terms are fair, but has said it is open to a compromise.

Certain analysts and industry executives have expressed doubts that the long-delayed bill would be passed this year as too many issues remained to be negotiated. The uncertainty has already limited new investment by major oil firms in the country as the tax impact remains unclear.