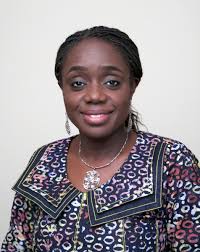 06 October 2016, Abuja – The Minister of Finance, Mr. Kemi Adeosun wednesday expressed disappointment over what she described as move by some multilateral institutions and western countries to “block” coal-to-power projects in Nigeria.

The minister made the remark during a panel session titled: “Towards Better Infrastructure in Developing Countries”, on the sidelines of the ongoing World Bank/IMF meetings in Washington D.C.
Although the minister was not specific on the coal-to-power project, report had shown that the African Development Bank (AfDB) last year pledged to commit $200 million as partial risk guarantee for the country’s power industry, which was yet to take off.

According to Adeosun, there is need for policy consistency around bankable projects that can attract investments. The case for such projects is Africa was huge.

“We also do need consistency of policies by the multilateral institutions and western countries. Let me give you an example. In Nigeria, we have coal and there is power coal. It doesn’t take a genius to work out what it will take to get coal fired power. Yet, we are being blocked. I think there is some hypocrisy in that.

“We have an entire western industrialiation that was built on coal-fired energy and that is the competitive advantage that has been used to develop Britain, where I grew up. Now, Africa wants to do it, and they are saying it’s not green.It means that we can’t do and that we should go and do solar, wind, which are the most expensive power projects.

“Yes, we are going to have the narrative around infrastructure must invest in infrastructure, but we must also make sure the playing field is level. The west cannot say after polluting the atmosphere for 100 years, and when Africa wants to explore its resources, they say no. If we want to stop coal, those who started it over 200 years ago, should first stop using coal before telling us to stop. This is because by doing so, you are only pushing us to the cycle of underdevelopment,” she explained.

Speaking on efforts to revive the Nigerian economy, the finance minister pointed out that one of the things the federal government did was conditional budget support in the last four months, saying most states as well as the federal government now pay salaries regularly.
In addition, she said the government had redirected the expenditure of government funds away from recurrent, which she stressed, had helped to curb wastages.

“In the last two months, we’ve released over N770 billion of capital to stimulate the economy, all essentially on infrastructure,” she added.

Commenting on move by the government to raise debts, she said: “The feedback we are getting from lenders has been positive, because this is what they’ve wanted Nigeria to do for many years. The problem with Nigeria in the past is that, even when oil prices were very high, as high as $100 per barrel, we weren’t investing in our infrastructure.
“It really isn’t about the quantum you can borrow, how much you can borrow, it’s about how well you spend it. One of the things we’ve done is really sit down and work out the problems in our financial management, block the leakages.”

Also speaking on efforts to recover looted funds, the minister said: “Looted funds are not sitting in Nigeria, they are sitting in Britain, Switzerland, in America. We are getting much more cooperation since President Buhari came in. They are significant sums. I think in Switzerland, we have $321 milllion, which has been there for 17 years with no interest, yet, we are borrowing in billions, and that is just from one person that looted the treasury.

“We want Nigeria to move from being a consuming to being Of course power is critical to achieving this. What we are trying to do, although the administration has not been long in office, is redirecting public expenditure to address infrastructure deficit. The gap is actually huge and the calculations we have done showed that even if we devote our whole budget to infrastructure in the next five years, we still cannot block the gap. Now we are redirecting funds from recurrent expenditure to capital and have increased budget allocation from 10 per cent to 30 per cent.”