Adulterated petrol: claims on damaged vehicles to be sent to FG, NNPC 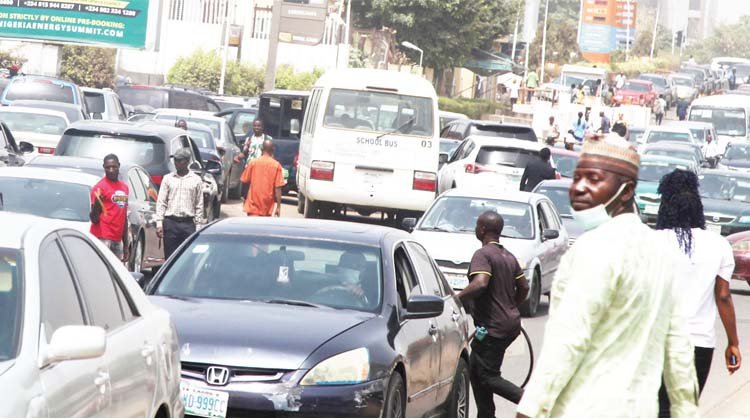 Lagos — There are indications that claims for repairs of vehicles affected in the dirty fuel imported by four indigenous firms into the country last week, would be sent to the federal government, and the Nigerian National Petroleum Corporation, NNPC Limited.

The Chief Executive Officer of the FCCPC, Babatunde Irukera, in an interview, said claims will be sent to retailers involved.

Irukera stated, “The FCCPC has been engaging with respect to the issues arising from irregular fuel sold in parts of the country.

“Current engagement shows that key relevant stakeholders have arranged for retailers to accept responsibility for repair and restoration of damaged vehicles/equipment. The respective legal departments are working to establish a framework that does not address injury that falls within the category stated above.”

On Wednesday, the NNPC Group Managing Director, Mele Kyari, said the national oil firm received on January 20, 2022, a report from its quality inspector on the presence of emulsion particles in PMS cargoes shipped to Nigeria from Antwerp-Belgium.

Under the DSDP scheme, selected overseas refiners, trading companies and indigenous companies are allocated crude supplies in exchange for the delivery of an equal value of petrol and other refined products to the NNPC.

MRS had in a statement issued on Tuesday said the Duke Oil, a trading arm of NNPC, supplied a cargo of PMS through a vessel that delivered a total of 36,958 metric tonnes (49.56 million litres) in Apapa between January 24 and 30.

Emadeb/Hyde/AY Maikifi/Brittania-U Consortium said on Thursday that one of its members, Brittania-U was the sole supplier of a cargo, containing 90,000MT (120.69 million litres) of PMS delivered on January 2 to 4. 681m litres of good fuel require for two cargoes, quantity of two cargoes remains unknown.

“We will be sending complaints to the commission on Friday,” he stated.

However, the Secretary of the Independent Petroleum Marketers Association of Nigeria, Mr. Mike Osatuyi, said claims would be forwarded to the NNPC.

Osatuyi told Arise Television that some customers, whose vehicles were damaged by the adulterated fuel, attacked filling station attendants.

“We got attacked from some customers because they believe that we are into sharp practices and when they buy fuel and their vehicle gets spoilt, then they ask us to repair their vehicle. I am sure you will see videos on social media of customers parking their cars at filling stations because their cars broke down after buying fuel,” he stated.

When asked how they would receive compensation from the NNPC for distributing bad petrol, Osatuyi said, “We have told our members to identify those affected, which stations, which companies so that we can pass the information to the government. And since we are not responsible for importation, then there must be restitution. And the government must come in to mitigate the damage done to individuals’ vehicles.”

On whether IPMAN would be suing the government and the NNPC, Osatuyi said that was not an option for now because the association was still having talks with the oil company.

He, however, said if it does not get a favourable response from the NNPC, the marketers would seek redress.

Osatuyi added, “We are not going to sue the government, but we are going to collect data of affected stations and what it cost us and pass it to the authority so that we don’t have problems. This has happened and they are trying to mitigate the problem.”

On whether he was sure of compensation, he responded, “They have no choice. This is clear. It is when we engage them and present figures and if they are trying to be funny, we will do what we can do within the ambit of the law.”

Osatauyi advised the Federal Government to ensure that the country has refineries so that Nigeria could stop importing fuel.

In a related development, the Chief Executive Officer, Nigerian Midstream and Downstream Petroleum Regulatory Authority, NMDPRA, Farouk Ahmed, said he would not take responsibility for the proliferation of the adulterated petrol even though his agency is in charge of ensuring that standards are adhered to.

Ahmed said during an interview that he just took over the leadership of the new agency a few months ago and this was what he met in place.

This comes days after it was reported that the President, Major General Muhammadu Buhari (retd.), ordered that he be issued with a query.

Responding to a question, the Authority CEO said those who acted on behalf of the NNPC did not “detect this material until it entered the system”.

“So, actually, I don’t want to pass blame but I also won’t take responsibility because this is our work and I have just been three months on the job and it is part of the learning curve and so we are learning and we will take the learning forward,” he added.