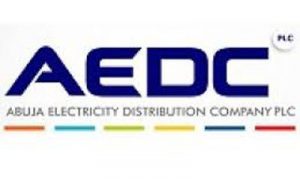 The AEDC boss made this disclosure at a workshop on energy theft for judges within the Federal Capital Territory (FCT).

He said, “The issue slowing down metering is funding constraint in the electricity market but we have found a way around it. We have used the vendor financing system to acquire 120,000 meters and if they are deployed and protected from energy theft, we can gain more funding and meter more customers.”

Out of an 800,000 customer base, AEDC has metered 3,800 who are the largest power users and constitutes 50 percent of the revenue collection base, including the governments’ Ministries, Departments, and Agencies (MDAs).

To make meters more available, he said the Nigerian Electricity Regulatory Commission (NERC) has proposed a revival of the Credited Advance Payment for Metering Initiative (CAPMI) where customers buy meters at designated shops around the 11 Distribution Companies (Discos) and have them installed with a refund.

Mupwaya who decried the constraints in getting a cost reflective tariff that will ensure power firms operate optimally said,

“The wholesale (generation) tariff has increased by 100 percent since privatization, on the retail side, the increase is only 16 percent so there is already a big deficit,” he stated.

He said while the Discos seek cost reflective tariff to enable them make more investments including metering, customers would want to be meter first before they would support any tariff increase.

He advised NERC to address the liquidity gap by computing the tariff shortfall into the DisCos’ assets so it could reflect in their balance sheet as projected revenue to be cleared through future tariff review when the electricity market stabilizes.

This would enable lenders to see the Discos account as positive and give more funding for investment requirement, Mupwaya noted.

Mupwaya says that AEDC has been the first and the highest remitter in the last two years while ensuring that it improves its networks by installing over 200 transformers across Kogi, Abuja, Nasarawa, and Niger states.

Meanwhile, at another workshop organised for Energy correspondents in Abuja, it was revealed that the eleven electricity distribution companies (Discos) have installed 612,552 meters in different parts of the nation targeted at enhancing power distribution over the past four years.

This disclosure was made by the Executive Director, Research and Advocacy of the Association of Nigerian Electricity Distributors, ANED, Mr Sunday Oduntan.

Oduntan complained that the Discos have been misrepresented before the public on the issue of tariff, metering and load rejection.

Oduntan pointed out that for the power sector to be effective, there should be transparency on business dealings of the Discos, Nigerian Bulk Electricity Trading, NBET, Transmission Company of Nigeria, TCN and Generation Companies, GENCOs. He called for their books to be opened to the public so that people could know where the problem in the sector was coming from.

Oduntan, who made a presentation of what he called “Case Study on Journalistic Misinformation”, stated that there was so much misinformation in the Power sector, viz-a-viz against the Distribution Companies.

According to him, the Distribution Companies have been misrepresented to the public on the issue of tariff, metering and load rejection, adding that a meter, which cost is put at N70, 000 installed for a residential customer with a monthly vending bill of N2, 000 would take Discos 19 years to recoup its investment.

He said that the business environment in the country is so difficult to the extent that only two out of the 11 distribution companies can conveniently pay their workers’ salaries as when due.

This workshop that was themed ‘Challenges of the Nigerian Power Sector’ and was sponsored by the ANED and MacAthur Foundation with the aim of exposing the challenges as well as the rot in the sector.