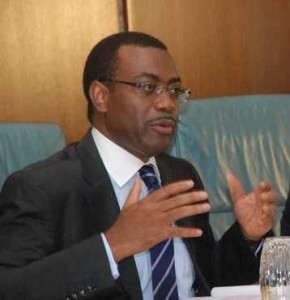 19 May 2018, Sweetcrude, Abuja – The African Development Bank (AfDB) has approved a $100 million loan for Indorama Eleme Fertiliser and Chemicals aimed at helping it boost fertiliser production, the bank said in a statement yesterday.

The Eleme, Rivers State-based company, which is a unit of Singapore-based petrochemical producer Indorama, is seeking to double annual output of urea fertiliser from 1.4 million tons to 2.8 million tons, the statement said.

Once a net importer of fertiliser, Nigerian production has grown in recent years. In 2017, it exported around 700,000 tons of urea to markets in West African as well as North and South America.

Indorama Fertiliser’s increased output will target the export market but also seek to boost domestic supply to drive down prices.

Nigerian farmers still use much less fertiliser than their global and African peers due to high costs, leading to low crop yields that forced the country to spend around $6 billion on food imports annually.

AfDB had extended Indorama a previous loan in 2013 for setting up the fertiliser plant.

“The completion and exploitation of that plant in 2016 helped turn Nigeria from a net fertiliser importer to a self-sufficient producer, and now a net exporter of fertiliser,” said Mr. Abdu Mukhtar, AfDB’s director for Industrial and Trade Development.

In 2017, Nigeria exported about 700,000 tonnes of urea to West Africa and North and South America.

About 20 per cent of the increased output will target these markets as well as South Africa.