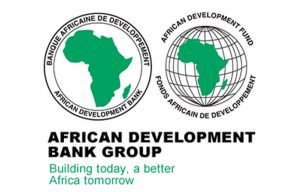 20 September 2018, Sweetcrude, Abidjan, Côte d’Ivoire –- The African Development Bank Group has announced the debarment of GEO SCIENCES INTERNATIONAL SARL, a consulting firm based in Yaoundé, Cameroon, for a minimum period of 48 months.

An investigation conducted by the Bank’s Office of Integrity and Anti-Corruption established that GEO SCIENCES engaged in numerous fraudulent practices in bidding for a consulting contract under the Agro-Forestry Development Support Project in the Democratic Republic of Congo.

While participating in a tender for the conduct of various technical, biophysical and mapping studies, the company misrepresented its experience in conducting such studies as well as the remuneration of the experts involved in these studies. Further, GEO SCIENCES failed to properly disclose a potential conflict of interest.

The debarment renders the consultancy firm ineligible to participate in Bank-financed projects during the debarment period. The debarment qualifies for cross-debarment by other multilateral development banks under the Agreement for Mutual Recognition of Debarment Decisions, including the Asian Development Bank, the European Bank for Reconstruction and Development, the Inter-American Development Bank and the World Bank Group.

The Agro-Forestry Development Support Project was financed under the Congo Basin Forest Fund hosted by the AfDB.

The investigation by the Office of Integrity and Anti-Corruption of the African Development Bank was conducted by Mr. Mehdi KHOALI and Mr. Bouraoui JAOUADI.