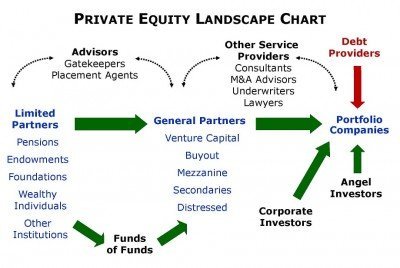 Dar es Salaam — The African continent is set for a major shift in Private Equity investment trends after a major announcement was made in Nairobi this week.

During the 16th annual African Private Equity and Venture Capital Association (AVCA) conference, fund managers from around the globe, mainly the US and European markets said they are ready to deploy up to US$1 trillion for investment in the continent.

This is through PE funds, a move that now places the continent at a strategic position to tap into the funds for investments in various areas.

If tapped by local investment firms, the pool of funds could more than double the number and value of deals reported in the last six years, with regions such as East Africa, West Africa, and Sothern Africa reaping big.

“It is a plus for Africa,” said Baba Alokolaro, Managing Partner at the Nigerian law firm- TNP (The New Practice),”From what we have seen, investors are taking Africa more serious than they had in the past,”

Alokolaro who led a team of experts from TNP to the Nairobi event said the continent should angle itself for more deals this year, singling out Kenya as one of the countries set to benefit in East Africa.

“We expect to see a lot of deals going forward. In East Africa, Kenya will remain a top investment destination,” he said.

AVCA latest data shows the value of reported African PE deals between 2013-2018 was US$25.7 billion, on a total number of 1,022 deals. During the period, total value of African PE fundraising closed at US$17.8 billion.

The highest value in the six years was recorded in 2014 (US$7.8 billion) which went down to US$2.5 billion in 2015, the lowest during the period under review.

Last year, the value dropped to US$3.5 billion from US$3.9 billion in 2017, reflecting reduced investment activities by both fund managers and investment funds.

West Africa leads in both the number and value of deals reported during the period, where it accounted for 26 per cent(volume) and 25 per cent-share of total deals.

East Africa took a sizable share commanding 18 per cent of PE deals by volume , but lower on value which accounted for eight per cent of the US$25.7 billion.

The Nairobi announcement hence places the continent at a strategic position to revitalize the markets.

AVCA Chief Executive Michelle Essome has since expressed confidence over growth of the PE market in the continent.

“We are positive the PE market will continue growing presenting a unique asset class for Africa. The growth will enable companies to expand, create employment and improve lives in the continent,” Essome said told journalists in Nairobi.

AVCA Chairperson Tokunboh Ishmael said: “Our hope is that companies will grow to an extent where they will expand and increase intra-regional trade.”

According to Tokunboh, who is also the Co-founder & MD of Alitheia Identity, growth in investments will strengthen the continent, giving Africa a stronger bargaining capacity in the global scene.

East Africa
Kenya has continued to dominate the region’s PE space as investment firms hunt for deals in different sectors.

According to official industry data, East Africa’s economic powerhouse accounted for 59 percent and 58 percent of the value and volume of deals reported in the region respectively, between 2013 and 2018.

Ethiopia has the potential to be a key market for PE investment, AVCA has since noted, given the size of its population (at 108 million), the second most populous on the continent.

This year’s event saw more than 500 top fund managers and strategic investors from across the globe meet in Nairobi to deliberate on industry challenges and investment opportunities, mainly in Africa.

During the forum, the Kenyan government called on investors to put funds in projects that will help the realization of President Uhuru Kenyatta’s Big Four Agenda of Food Security, Universal Health Care, Affordable Housing and Growth of the Manufacturing sector.

“We welcome you to take advantage of the investment opportunities in the country, mainly in the Big Four and other sectors,” Kenya’s Cabinet Secretary for Industry, Trade, and Cooperatives CS Peter Munya said.

The government has since assured investors of protection for their investments in the country.

“There is a lot to expect in the PE market with East Africa expected to remain bullish,” said Edward Muriu, Team Leader at MMC Africa, a leading advisor in the capital markets space.