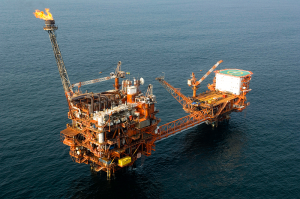 21 November 2018, News Wires — NewAge is seeking to sell its stake in the Marine XII oil block, a concession off the coast of the Republic of Congo that the Africa-focused energy group jointly owns with Italy’s ENI, two financial sources said.

The company has hired advisory firm Evercore to help with the sale that could raise up to $1 billion, the sources said.

NewAge, which also owns producing assets in Nigeria and Iraqi Kurdistan, did not respond to a request for comment. Evercore was not immediately available to comment.

One of the sources said the private oil and gas producer explored options to go public in 2011 before changing course.

“The capex associated with the field is too high for NewAge but it is a tough sale because of the weak economic environment and political risks,” one of the sources said.

Production at the Nene Marine Field in the Marine XII block is expected to reach a minimum of 140,000 barrels of oil equivalent a day, according to ENI’s website.

Like other central African oil producers, Congo’s economy is recovering after being hit hard by low crude oil prices as it struggles under the weight of more than $9 billion in debt, which exceeds its gross domestic product (GDP).

That forced the African nation to seek a bailout from the International Monetary Fund.

Congo’s creditors, including commodity trading houses Trafigura and Glencore Plc, are looking for signs of an improvement in the country’s economic fortunes.