Africa: How Power Africa plans to electrify the continent 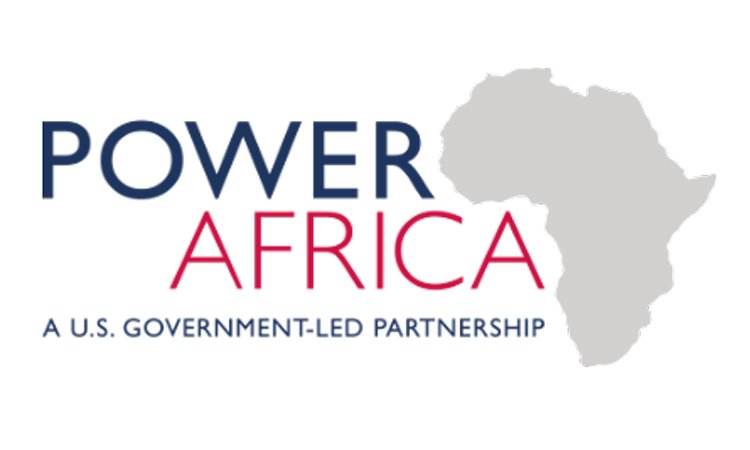 Cape Town — Andrew Herscowitz, coordinator for Power Africa, aims to double access to electricity in Sub-Saharan Africa within two decades. Speaking in a special briefing, Herscowitz said that tremendous progress had already been made and outlined how collaboration between different business and legislative bodies have contributed towards efforts.

“What we do is we bring the tools of 12 U.S. government agencies, 18 different development partners, including the World Bank and the African Development Bank, and bilateral partners like Sweden and Norway and the U.K., France, Japan, Korea, Canada, Israel. We bring all of these tools together and allow businesses to come to us with requests to help them drive their deals related to power sector development in Africa,” Herscowitz said.

Who is Power Africa?
Launched in 2013, Power Africa’s goal was to double electricity access in Sub-Saharan Africa by 2030. A year after its establishment, the initiative narrowed its focus by attempting to add 30,000 megawatts of new power generation and 60 million new electrical connections by 2030. The initiative’s 124 power projects are collectively worth over U.S.$20 billion.

Power Africa’s collaboration with private sector partners proved fruitful with commitments from partners worth U.S.$54 billion. Herscowitz said: “This is the largest public-private partnership for development that we’re aware of in history. And it’s producing results.”

The initiative’s 124 power projects have are worth over $20 billion. and the commitments received from public and private sector partners are worth over $54 billion. “This is the largest public-private partnership for development that we’re aware of in history. And it’s producing results,” Herscowitz said.

Renewable energy vs fossil fuels
Herscowitz, when asked to what extent Power Africa was cognizant of the relationship between fossil fuel-driven power output and climate change, and President Donald Trump’s pending withdrawal from the Paris climate accord, said: “We take a technology-agnostic approach to the work that we’re doing. If you look at the power projects that we’ve supported, by megawatts, the majority have involved fossil fuels, mostly gas, which is cleaner technology than others. But in terms of the number of projects, we’ve supported more renewable projects. Our number one concern is getting people access to electricity so that they can emerge from poverty.”
Herscowitz then elaborated on Power Africa’s commitment to sustainable energy generation by citing a mega-solar initiative involving the governments of Botswana and Namibia but clarified that fossil fuels will continue to be supported. “I’ll tell you why, because especially in the off-grid space, we’ve done quite a bit of work of helping people in the off-grid areas, people who live far from the grid get access to electricity with solar home systems. But the problem is, is that things as simple as cooking and heating water are energy-intensive and having an 80-watt panel isn’t sufficient. It may be sufficient for you to turn on a television, watch TV, and power a mobile phone, but it takes about 700 watts of power to boil a pot of water. And if someone wants to make tea, we’ve got to come up with cleaner solutions,” he said.
Reducing electricity costs
Herscowitz confirmed that Power Africa would facilitate a reduction of electricity costs in beneficiary countries, citing collaboration with the World Bank, International Finance Corporation (IFC) and other development partners as the means through which power prices have dropped.

“The issue of price is probably one of the most exciting stories of Power Africa. If you look at where the power sector was in Africa for power generation and prices were seven years ago versus where they are today, they’ve dropped dramatically … It used to be that a company would come into a country and offer to build out a power project for 20, 25 cents a kilowatt-hour, and people would sign those power purchasing agreements,” he said.

Herscowitz gave several examples. “The IFC and the World Bank Scaling Solar program that we’ve supported achieved about 100 megawatts of solar power in Zambia and the price is ranging between 6 and 8 cents per kilowatt-hour. Then in Senegal, we saw prices come in below 5 cents per kilowatt-hour, and more recently in Ethiopia, we’re seeing between 3 and 4 cents per kilowatt-hour. So the story – the good news story is that we’ve put so much information out there and built so much capacity that very few governments are entering into any power project for more than about 10 cents a kilowatt-hour. And they’re realizing that these are deals that are going to be lasting them for 20, 30 years sometimes,” he said.

Work with municipalities was also noted by Herscowitz who explained that Power Africa teams placed across the continent identify the energy needs of specific countries. South Africa, for example – which currently suffers from an energy crisis due to mismanagement from power utility Eskom – saw the introduction of 27 renewable projects that will add 2,400 megawatts of new electricity to the nation’s grid.

‘Beyond the Grid’ – bringing electricity to rural areas
“We first launched Power Africa when we were focused mostly on new big power generation, but we recognized that there, at the time, there were still 600 million people who didn’t have access to electricity and that’s why we launched Beyond the Grid. We do everything from supporting solar home systems to mini-grids, but we also recognize that we have to help the distribution companies do a better job of bringing access to electricity to people in a way that helps them actually make money and not lose money. So we’ve been working closely with many different governments in this regard.”

Herscowitz pointed to Nigeria as an example by saying that Power Africa teams assisted power distribution companies by helping to generate U.S.$150 million in revenue in just over two years while also working with a rural energy agency to convert rural markets from using diesel-based power generation to solar power.

Power Africa’s assistance in rural areas was not only designed to bring electricity to those who might otherwise not have access to it but also to stimulate the economy, Herscowitz said. “We want to figure out how people can have enough power to operate a solar-powered water pump for irrigation if necessary, or enough electricity to run a wood shop or to run a barbershop,” he added.

Power Africa projects in Kenya
Herscowitz encouraged iPhone users to download the Power Africa Tracking Tool app which lists all the different power projects that the initiative is tracking across the continent. “With respect to Kenya, it’s actually not accurate that nobody has been connected as a result of the work that we have been doing. The Lake Turkana project where we played a significant role is operational. It took some time. And there are several other projects that are under construction right now. We’ve got 461 megawatts under construction in Kenya that we’ve supported, including 240 megawatts of geothermal, 100 megawatts of wind, and 120 megawatts of solar, all of which will be connected to the grid,” he added.

“On the geothermal side, we’ve been working closely with KenGen, the – which is the Kenya Electricity Generating Company – to help structure the 140-megawatt Olkaria VI plant. And KenGen is currently constructing 83 megawatts at the Olkaria I Unit 6 plant,” Herscowitz said. Wind power was also cited as playing a critical role in Kenyan power generation with the Kipeto wind project providing 100 megawatts to the grid. “Those are just a few examples of what we’ve been doing in Kenya, but we have quite a robust program there.”

Projects in Ethiopia
Moving to projects based in Ethiopia, Herscowitz ended by saying: “We have been working hard on the Corbetti and the Tulu Moye geothermal projects for over seven years now. We’ve had an advisor who’s been embedded with the government. We’ve helped draft new geothermal laws and regulations … Recently in Ethiopia, the – a solar project that we were supporting and working on with the International Finance Corporation through its Scaling Solar program was announced … We’ve been working with solar home system companies to get into the market there. And so we’re actually benefiting quite a number of people in Ethiopia to date.”