Africa maritime sector is market yet to be unveiled – Dakuku Peterside 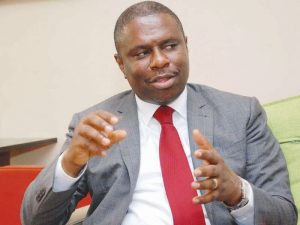 10 October 2017, Sweetcrude, Lagos — The Director General of the Nigerian Maritime Safety and Administrative Agency, NIMASA, has lauded the potentials of the African maritime sector, saying it is a market yet to be unveiled.

Peterside, who doubles as the chairman of the Association of African Maritime Administrations, AAMA, also noted the role of African maritime administration in building human and infrastructural capacities, combating piracy and other maritime crimes as well as promoting regional initiatives for sustainable exploitation of maritime resources.

“Africa is the market yet to be unveiled. The maritime sector of Africa deserves its rightful place because if you look at the cargo generated from the continent and the cargo that heads to Africa, you will know that the African maritime sector has come of age and there is the need for us to come as a block to negotiate issues of development of our sector when it comes to international maritime politics,” he said.

Peterside was elected chairman of AAMA at a conference of the association in Abuja in 2017. Also elected at the conference as part of the association’s 11-member executive committee were representatives of Central Africa (Cameroon and Cape Verde), West Africa (Cote D’Ivoire and Ghana), East Africa (Tanzania and Comoros), Southern Africa (Mozambique and South Africa), North Africa (Egypt and Sudan) and Uganda, representing land-locked countries.