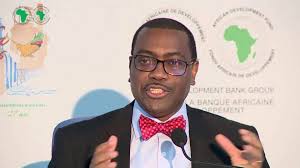 ABIDJAN — The African Development Bank’s, AfDB, board on Thursday said it stood by an internal investigation that had cleared its president of improper conduct, but it would carry out an independent review of the report in the interest of due process.

AfDB President Akinwumi Adesina has been accused of abuse of office by a whistleblower at the bank, including favouritism in hiring. He has denied the allegations and a report by the bank’s ethics board cleared him of wrongdoing.

The United States, AfDB’s second-largest shareholder, has demanded a new independent probe into the allegations, rejecting the bank’s investigation over reservations about the integrity of the bank’s process. Meanwhile, top shareholder Nigeria has voiced its support for Adesina.

In a statement, AfDB’s board of governors said it believed the bank’s ethics committee, which produced the report, had carried out its role correctly. But the board has nevertheless agreed to authorise a review.

“The independent review shall be conducted by a neutral high caliber individual with unquestionable experience, high international reputation and integrity,” it said.

On Tuesday, Nigerian President Muhammadu Buhari gave his backing to Adesina in his bid for a second term as AfDB president despite the allegations.

Adesina later this year plans to pursue a second term as the head of the multilateral lender, which is headquartered in Ivory Coast’s commercial capital Abidjan.

The board said the review of the investigation would take no more than four weeks and not interfere with the bank’s electoral calendar.
The bank’s whistle-blowing and complaints handling policy will also be reviewed at a later date to ensure it is being properly implemented, it said.