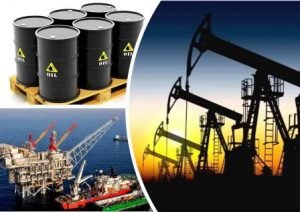 Lagos — Council of Ministers of the African Petroleum Producers’ Organization, APPO has resolved to look within the continent at both public and private sources to raise the necessary capital to continue to finance the oil and gas industry.

A communiqué signed by the leaders at the recently concluded 41st ordinary session of the Council of Ministers held in Algiers, Algeria, stated that the move was necessary following imminent challenges that the oil and gas industry will face in Africa as international financiers withdraw funding for the industry, and oil and gas research institutions in the developed countries that have always led the technological development are closing their petroleum faculties.

According to the communiqué, they agreed that Africa needs to re-strategise as the game is fast changing.

“Africa shall need to look within for the expertise, technology, finance and markets for its energy resources. The Council noted that the potential exists, as Africa has a huge population of 1.3 billion people. All they need is to be mobilized and empowered to be able to buy energy”, the statement said.

The Council reaffirmed its commitment to the protection of the environment, emphasising the need to pursue technologies that would allow for the use of fossil fuels with minimum carbon footprints.

The session noted that the current approach to energy transition is unilateral imposition where the developed countries that have for over one hundred years used fossil fuels to grow their economies and societies and have all along been aware of the dangers of fossil fuel emissions, are now telling the world that fossil fuels are dangerous to mankind and that all should abandon it.

The Ministers noted that this aggressive drive for energy transition is coming at a time that African economies are poised to launch themselves into industrialization, which requires a lot of energy, whereas the economies of the developed countries now require less energy because of their transformation from manufacturing to knowledge production and artificial intelligence.

Furthermore, the Council called on the technologically advance and financially capable countries to lend their support to African countries as they grapple with the challenges of energy transition.

They resolved to continue the exploitation of its member countries’ huge oil and gas resources for the economic emancipation of its people while also exploring the use of renewable energies.

The Session which was presided by the President of the Organization, Mohamed Arkab, Minister of Mines and Energy of the People’s Democratic Republic of Algeria, was attended by the Ministers and Heads of Delegation of the 14 member countries of the Organisation, namely Algeria, Angola, Benin, Cameroun, Chad, Congo, Democratic Republic of Congo, Egypt, Equatorial Guinea, Gabon, Libya, Niger, Nigeria and South Africa.