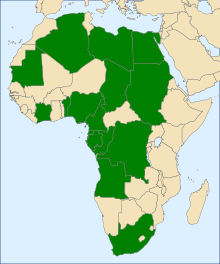 The deputy minister was addressing the first conference of directors and officials of training institutions from the member countries of the African Petroleum Producing Association (APPA) in Angola’s central Kwanza Sul province.

He said gas reserves have reached 495 trillion cubic metres, stating that this growth happened on account of the investments made in the production of oil and gas.

APPA, which is currently chaired by Egypt, was founded in 1972 in Nigeria to promote cooperation among the member countries.