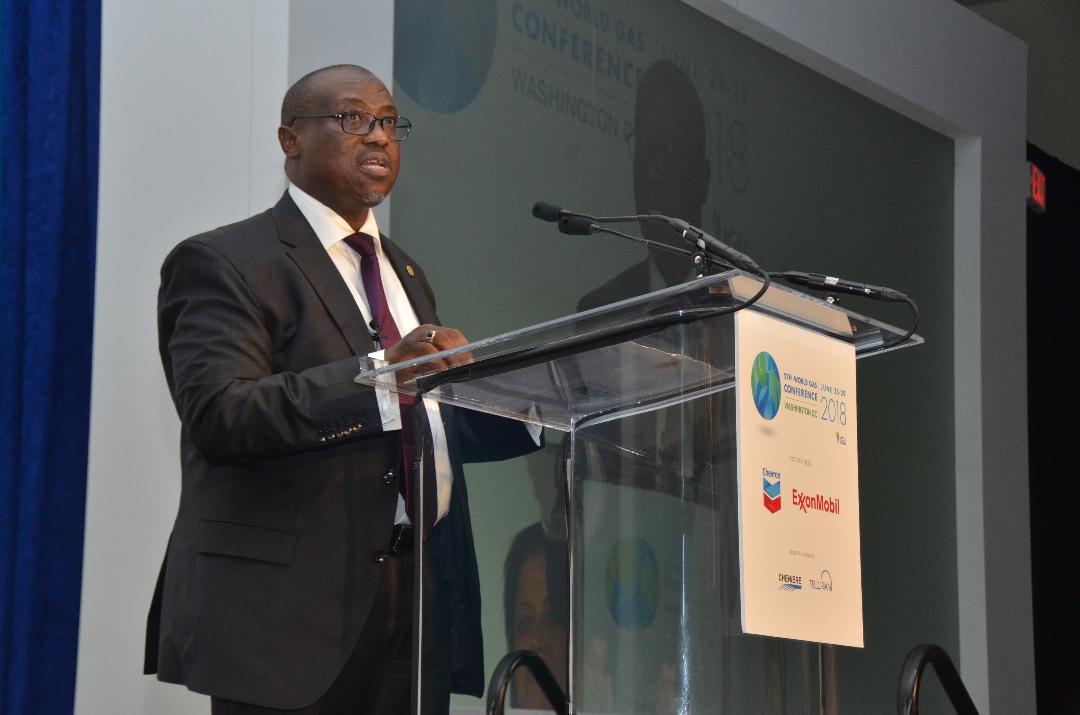 According to a statement in Abuja, Group Managing Director of the NNPC, Dr. Maikanti Baru, stated this during his presentation at the 27th World Gas Conference (WGC) in Washington DC, United States.

Baru noted that Nigeria was focused on jumpstarting and sustaining gas supply to support a rapid growth in power generation, re-positioning itself as the regional hub for gas-based industries such as fertilizer, petrochemicals, methanol, Liquefied Petroleum Gas (LPG).

“We would also leverage our enormous reserves position to strengthen our footprints in high-value gas export through LNG and regional gas pipelines,” Baru told delegates at the triennial gas gathering.

“It will contribute significantly to the overall economic development of the region through the emergence of a wide range of industrial clusters around petrochemical, manufacturing, agro-business and fertilizers among others,” he stated.

He further stated that Nigeria was focused on expanding its existing 22 million metric tonnes per annum (MTPA) Nigerian LNG plant with additional eight MTPA from its proposed Train 7, a development that will significantly increase global power generation capacity.

Dr. Baru stated that as at today, Nigeria had completed and commissioned about 600 kilometres (km) of new gas pipelines, thereby connecting all existing power plants to permanent gas supply pipelines.

“We have also kicked off the 614km Ajaokuta-Kaduna-Kano (AKK) pipeline project which, on completion, will deliver gas along these areas, thereby generating additional 3600MW to the national grid,” he stated.

Baru added that currently, the government was completing the construction of the strategic Obiafo/Obirikon-Oben (OB 3) (East-West) interconnection pipeline and doubling the capacity of the existing Escravos to Lagos Pipeline (Western Pipeline System).

He said the Federal Government had intervened to drastically reduce gas flare from 25 per cent down to 10 per cent, even as it had stepped up efforts to stimulate gas utilisation and monetization.

Baru, who described gas as fast evolving preferred fuel for power generation, added that as an economic energy source, natural gas has, today, transformed the economies of several nations.

He said Nigeria’s gas resource base was significant, as its estimated 199TCF has the potential of up to 600TCF in undiscovered resources, a tremendous opportunity to compete favourably with its peers.