After 25 years, Nigeria to review contractual terms with IOCs 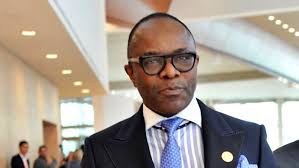 16 November 2018, Sweetcrude, Lagos — The Federal Government will review the Production Sharing Contract, PSC, signed about 25 years ago between the Nigerian National Petroleum Corporation, NNPC, and the international oil companies, IOCs, following sharp criticisms on its docility over the issue, SweetcrudeReports has learnt.

Sources close to the matter told this newspaper that the move is geared towards raising funds from offshore developments as the government seeks to modernise its infrastructure.

Specifically, President Muhammadu Buhari recently gave the Nigerian National Petroleum Corporation, NNPC, the green light to carry out a review of the PSCs with the IOCs to reflect the current realities in the nation’s oil and gas sector.

The Federal Executive Council, FEC, had at a meeting held on December 13, 2017 approved the review of the contacts.

The decision to review the contracts with the oil majors comes after loss of over $21 billion since approach for review of the contract was reached in 2000. This revenue loss has been confirmed by the Revenue Mobilisation Allocation and Fiscal Commission, RMAFC.

Experts say the losses could triple especially with increasing prices of crude oil and more deepwater projects coming on board. Aside Total’s deepwater Egina project, Shell’s $10 billion expansion of its Bonga field and Eni’s Zabazaba-Etan project are in the pipeline. Minister of State for Petroleum, Dr. Emmanuel Ibe Kachikwu said final investment decision on the Zabazaba project would likely happen before the end of this year.

Drawing the nation’s attention to the revenue loss due to the non-review of the contracts, acting Chairman of the RMAFC, Shettima Abba-Gana, said: ““As the commission that has the constitutional responsibility of monitoring revenue accruals into and disbursement of revenue from the Federation Account, we have been consistently calling for the review of these contracts for the past seven years.

“These contracts have not been reviewed nine years after both conditions stipulated in the relevant provision of the Act have lapsed.’’

Abba-Gana commended President Buhari on the approval to the NNPC for a review of the contracts.

Speaking on the process leading to the approval for the review, Abba-Gana stated that in April 2016, the commission drew the attention of government to the fact that three main contract types namely Joint Venture, Production Sharing and Service Contracts are in use in the Nigerian Oil and Gas Industry.

“Having carefully examined the fiscal terms of each contract and the associated revenue inflow into the federation account therefore, the commission lamented that the PSCs as represented by the 1993 PSCs’ which should have been renegotiated as far back as 2008 has yet to be done.

“This caused the federation revenue losses due to the unfavourable terms of the contracts,’’ he said.

It is not clear when the review would happen but sources within the NNPC said this would likely be after the February elections since all attention in government circle is now focussed mainly on the 2019 election.

“The President and the Federal Executive Council have already given approval to this effect, and it is left for the NNPC to execute the decision. When and how this will happen is dependent on the NNPC,” a source said.

It would be recalled that the Minister of State for Petroleum, Dr. Kachikwu, revealed recently that Nigeria had started to expand contracts on field development to include other investments, such as a refinery. Already, two out of the 38 approved modular refineries would be inaugurated in December 2018; one in Delta and the other in Rivers, to boost fuel supply in the country.

SweetcrudeReports had hinted how Nigeria will be spending a total of US$57.6 billion to expand its crude distillation units, CDU by 2.003 million bpd from now until 2022, according to statistics from GlobalData, a leading data and analytics company, .

Statistics from GlobalData say over $7.2 billion of the spending will go into Nigeria’s ultra-deep offshore blocks between 2018 and 2020. By implication, if the contracts are not reviewed, the IOCs stand to continue to get increased chunk of income from the deep offshore at the detriment of Nigeria, especially with increasing oil prices and low cost of oil production.

“Government has now woken from its slumber and has realised it is time to make things work for us. These IOCs have been ripping Nigeria off with the PSCs. The majors themselves know reviewing the contract is well overdue, so, none of them should raise eyebrow over it. Haven’t you wondered why they haven’t left the shores of Nigeria despite their complaints of unfair treatment and high cost of doing business in the country? It’s because they are reaping huge income from our ignorance unlike in other countries” the source added.

The PSC arrangement which started with eight IOCs in 1993, has the NNPC as holder of the concession, while the IOCs are the contractors.

Unlike the Joint Venture, JV, contracts where the government pays cash calls, the PSC proved to be attractive to the IOCs due to its high-profit favourable fiscal and legal regimes. The regimes offer higher profit on marginal and high-risk projects offshore which Nigerian government was obviously willing to shy away from,” SweetcrudeReports was told.

The threshold for review provided in the Deep Offshore Act seen by SweetcrudeReports makes provision for re-negotiation should oil price hit $20 per barrel. Oil prices had since climbed above $20 per barrel in 2000. It also allowed for review should discoveries surpasses 500 million barrels per day – this condition was achieved in 2003. A review was also expected after 15 years of license which was reached in 2008 for the 1993 licenses, and 2015 for the licenses offered in 2000.

This is not the first time there would be speculations of a review of the PSCs. Kachikwu, in 2015, had hinted about a renegotiation, however, no step was taken in that direction.

“We intend to begin the process of the re-negotiation of the PSCs, to see what value chain and improvements we can have from these contracts. Some of the contracts were negotiated over 20 years ago, and they have since been overtaken by new realities in the industry,” a source in the Ministry of Petroleum stated.

Dr. Kachikwu had earlier, in June this year, revealed that the government had approved steps to amend Section 17 of the Deep Offshore and Inland basin Production Sharing Contracts Act, 1999.

“It specifically provides that the 1993 PSCs should be reviewed once the price of crude oil exceeds 20 dollars per barrel or 15 years after the contracts, which is 2008.

“To this end, the commission (RMAFC) advised that government should take appropriate steps to ensure the review of these agreements with due diligence,’’ he said

The House of Representatives had earlier in the year, promised to investigate the contracts which had cost the country losses running into billions, but had since swept the matter under the carpet. SweetcrudeReports learnt that the IOCs are lobbying the National Assembly to soften the terms and conditions in their favour should the review eventually hold.

Given President Buhari’s approval for a review of the contracts without delay, it is only a matter of when this will happen rather than if it will happen, one of our sources stated.

In another development, Kachikwu has revealed that the Federal Government would not issue new offshore licenses before the country’s elections holding in February next year.

The minister revealed this to Bloomberg in London in of speculations that the President Muhammadu Buhari administration could hurriedly sign out some drilling licenses ahead of the elections.

He also spoke on the Zabazaba project and plans for the Final investment Decision on the project. “The nation doesn’t plan to issue any new offshore licenses before elections due in February. We are shooting for later this year” on a final investment decision at the Zabazaba development, as some contractual details are being fine-tuned”, he said.

After Total’s Egina, Shell’s $10 billion expansion of its Bonga field and Eni’s Zabazaba-Etan project are the next major projects being prosecuted in the Nigerian oil and gas industry.

The Egina project will come on stream in December with a 180,000 barrels per day output, which will rise to 200,000 barrel per day by the first quarter of next year.