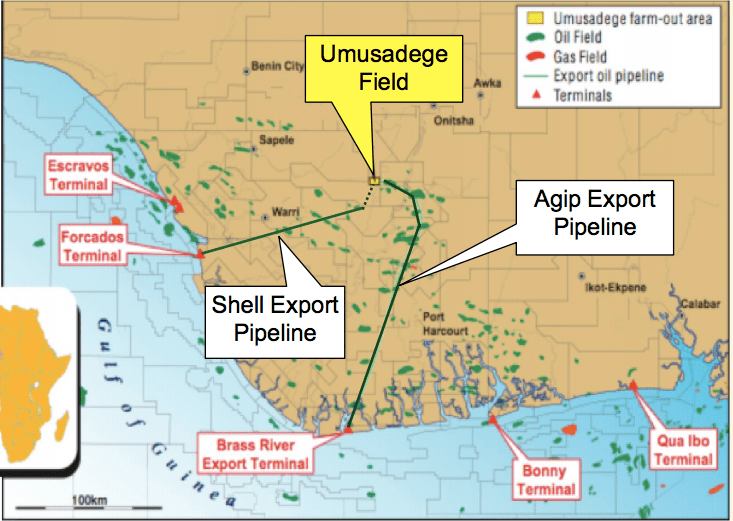 Port Harcourt — Electricity supply has been restored to Twon Brass, host to Nigerian Agip Export Terminal in Bayelsa State, after a week-long peaceful protest and barricading of the company, by members of the community, Eni has announced.

Recall that residents of Twon Brass in Bayelsa had since May 14th, 2021 blocked access and occupied the Brass Terminal gate to demand restoration of power supply which had persisted for over two months.

Activities at the oil firm’s office in Brass Island and other economic activities were been halted by the protest as residents compelled all businesses in the area to close shop in solidarity.

Speaking on the development, Eni, the parent company of Nigerian Agip Oil Company, NAOC on Friday, announced that power supply has been restored to Twon Brass.

Spokesperson of Eni, Cioni Marilia, also disclosed that the ongoing protests over power outage at Twon Brass host community did not adversely affect oil export at the terminal.

“An electrical cable connecting the terminal to the community was damaged by a lightning bolt, leaving therefore the community without electricity. This led to peaceful protests at the Brass terminal gate.

“The repair job has been done on urgent basis and power to the Community has been fully restored today (Friday).

“Production has not been impacted and we expect the normalization of operations in the next few days,” Eni said.

Meanwhile, residents of Twon Brass have maintained that the power situation was yet to stabilise, hence the people will still remain at the protest site until every other demands of the community are met.

Ebiowei Raphael, a resident of Twon Brass, said community leadership and government officials were expected to address the protesters at Agip’s Terminal gate and update them on progress made in the negotiations but they did not show up.

“As we speak, there is no power in Twon Brass but they brought the light yesterday but it has been going off and on and we are suspicious that it is a ploy to disperse the people while the power issue persists.

“The protest is still on, because we have so many issued bothering on Agip’s neglect of their social obligations as spelt out in our MoU, but it was the power outage that sparked off the protest and we insist all other issues are resolved as well.”