25 September 2015, Lagos – The poor state of the country’s refineries has been identified as a major factor causing instability in the Nigerian Liquefied Petroleum Gas (cooking gas) market.

The Port Harcourt, Warri and Kaduna refineries, which are ordinarily supposed to be supplying LPG to the Nigerian market, have been very inconsistent with their quotas. Currently, only Warri Refinery is delivering product to the market. 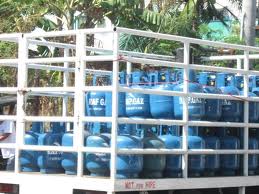 But the operation of the refinery is still epileptic, as products were not supplied from it for more than six months last year.

Confirming this to our correspondent, the Chief Executive Officer/Executive Secretary, the Nigerian Association of LPG Marketers, Mrs. Makinwa Omoyeni, told our correspondent that LPG supplies from Warri Refinery had been “off and on”.

She said, “In the past two years, the Kaduna Refinery has not been supplying LPG; The Port Harcourt Refinery supplied LPG only early last year. Since then we have not received product from it.”

Omoyeni, however, lamented that the conditions of the refineries would continue to cause huge instability in the LPG market, as supplies would be left significantly in the hands of some private businessmen, who would not mind exploiting the populace to make profit.

The exploitative tendencies of private investors, especially the ones whose terminals are used for through-put (off-takers), she said, would be curtailed if the refineries were adequately supplying the market with LPG.

She said the off-takers were now very powerful, as they determine the price the product is sold for when little supply hitches occur.

The NALPGAM President, Mr. Basil Ogbuanu, to this end, said supplies from the Nigerian refineries had not been encouraging.

He pointed out that an improvement in the volume of LPG from the refineries, would go a long way in cushioning some of the adverse effects currently experienced in the market.

He said officially, 20 metric tonnes of LPG go for N3.3m, but alleged that the activities of a particular firm, which currently is supplying the market LPG because it is the only company with product, had made the product price to rise to N3.5m per 20MT.

”Prices might go up further if supply is not increased,” he predicted.

As of Wednesday (yesterday), our correspondent learnt that supply had not improved; hence the current hike in prices of the product in the market.

He said these challenges were some of the reasons why penetration of LPG in Nigeria was still low, adding that it was the responsibility of all stakeholders to support the Federal Government agenda targeted at driving penetration of the product in the country.

The Minister of Petroleum resources, Mrs. Diezani Alison-Madueke, had said that with the current national consumption rate at 110,000 metric tonnes per annum of LPG, Nigeria is ranked among the lowest consumers of LPG in Africa.

She said growing the LPG market in Nigeria was a critical component of the nation’s Gas Master plan, and there is the urgent need to open up the LPG market for better energy utilisation and economic growth.

“The National Strategic Policy for LPG is therefore necessary to address all the issues affecting LPG development and utilisation such as lack of infrastructure, affordability safety concerns and logistics challenges. Our vision in the Ministry is for LPG to be an engine for economic growth for our nation.”

The minister explained that due to the challenges in the LPG market, the country cannot even consume the 150,000 metric tonnes of LPG per annum earmarked for domestic market.

According to the Managing Director of the Pipelines and Products Marketing Company, Prince Haruna Momoh, huge revenue could be saved by Nigeria if the populace embraced LPG, rather than relying on wood and kerosene for cooking.

Momoh had stated that resources spent on kerosene subsidy, could be put into more productive areas, such as infrastructure development, education, health and agriculture for the welfare of citizens.

He lamented, however, that some problems, including high cost of cylinders and accessory start up kits, low public awareness, poor infrastructure, kerosene subsidy and a lack of investment in the value-chain had continued to make many Nigerians not to embrace LPG.

He, therefore, called on stakeholders in the downstream to join forces with government to pursue the vision of deepening the use of LPG.