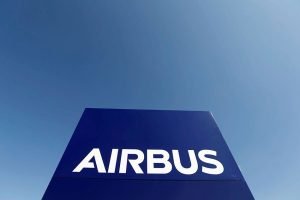 19 July 2018, News Wires — European air giant Airbus has unveiled a solar-powered drone called Zephyr that will fly at a high altitude and fulfil the same functions as a satellite.

The project was presented at Britain’s Farnborough airshow, where Airbus revealed that the Zephyr S took off on July 11 for its maiden flight from Arizona in the United States.

“This maiden flight of the Zephyr S aims to prove and demonstrate the aircraft capabilities,” Airbus said in a statement. The High Altitude Pseudo-Satellite (HAPS) has a wingspan of 25 metres and weighs less than 25 kilogrammes.

It can fly at an altitude of 21,000 metres above the weather and conventional air traffic. Another model planned, the Zephyr T, would have a wingspan of 33 metres.

“The only civil aircraft that used to fly at the altitude was Concorde,” as well as the military reconnaissance U2 and SR-71 Blackbird planes, Airbus said. The plan is for the drones to fly for three months in the stratosphere, with a descent that would last around 30 hours.

Zephyr “is a mix between a satellite and a UAV (Unmanned Aerial Vehicle) with the capabilities of a satellite and the flexibility of a UAV,” Jana Rosenmann, head of the drones division at Airbus, told AFP.

The drone is equipped with battery technology that saves energy during the day, releasing it at night. Seven models are planned to be produced in 2018 and seven more in 2019, Rosenmann said.

The drones will have both military and civilian applications, including maritime surveillance, border patrol missions and forest fire detection. Britain’s defence ministry is the first customer.

Airbus said it intended to collaborate closely with regulatory authorities around the world in the absence of international rules on such drone flights.