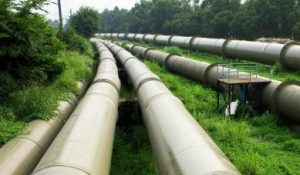 ‘Nembe Creek Trunk Line, is a 97 kilometre, 150,000 barrels of oil per day pipeline constructed by Royal Dutch Shell Plc and situated in the Niger Delta region of Nigeria.

The Nembe Creek Trunk Line, one of the key pipelines which carries Bonny Light, closed on Friday for repairs, operator Aiteo said, failing to state when it will be re-opened for exports.

Traders said there were at least three tankers that were due to load Bonny Light this week and next, with oil deferred from the May loading programme.

However, any liftings would likely be subject to delays of two to three days because of the pipeline closure, they told Reuters.

Shipments of Bonny Light remained subject to force majeure, according to a Shell spokesman on Monday.

Exports have been under force majeure for a month following a leak further up the pipeline.

According to traders, between 30 and 33 cargoes were still available for sale from the 48-strong Nigerian July programme, which was likely to keep differentials under pressure.