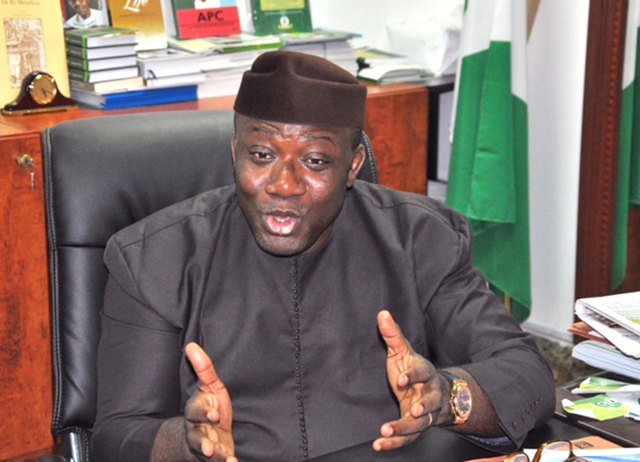 30 January 2018, Sweetcrude, Lagos — A fresh investigation by SweetcrudeReports has uncovered how over N700 million Naira was squandered on a nationwide financial audit of Ajaokuta Steel Company Limited, ASCL and the National Iron Ore Mining Company, NIOMCO in 2015.

A document obtained shows that the contract which was among the five signed just nine days to the end of the Jonathan administration in 2015 after being approved by the Federal Executive Council, FEC, was sent to the Bureau of Public Procurement for a nationwide auditing of the Ajaokuta/NIOMCO account and that of Global Infrastructure Nigeria Limited, GINL owned by an Indian, Pramod Mittal.

The total amount of the contract pegged at N742,770 million was funded through the Bureau of Public Enterprise’s privatisation budget of 2015.

According to the document at our disposal, the auditing consultancy was awarded to audit firm, (Urbach Hacker Young)UHY International domiciled in London, and another Nigerian company, UHY Maaji & Co at Ilupeju, Lagos state.

The two auditing companies were supposed to consolidate the audit balance between Ajaokuta/NIOMCO before handing over the firms to Federal Government after eight years of concession to GINL.

An internet search on the two companies showed that they are owned by the same person(s) as the website design of the Nigerian-based UHY Maaji & Co, http://www.uhy-ng-maaji.com/, and that of UHY International, http://www.uhy.com/ were the same.

Even after payment and over three weeks of going through the bureaucratic rigour of filing a letter on company search to the Corporate Affairs Commission, CAC, the governmental agency refused to release details of ownership of the Nigerian-based UHY Maaji & Co, claiming “file not found in Alausa”, and re-directing the reporter to its office at Yaba.

Credible sources told SweetcrudeReports that by the time UHY was through with auditing Ajaokuta, the report said GINL owed Nigeria between $500 million to $700 million.

As a result, our source said the Federal Government decided to abandon the UHY report, prompting a fresh round of funds to be released for another round of audit last year.

SweetcrudeReports also learned from a very reliable source, that as at last year, money running into several millions of naira was released to the Minister of Solid Minerals Development, Dr. Kayode Fayemi, for the second financial auditing of Ajaokuta/NIOMCO.

The second financial audit contract was this time given to auditing firm, PricewaterhouseCoopers, PwC.

It was gathered that as at when another fund was approved for a fresh audit for PricewaterhouseCoopers, the move did not go down well with the staff of Ajaokuta/NIOMCO because according to them, it was “highly inflated”.

SweetcrudeReports tried to find out the exact amount of the contract, however, could not because our source revealed that Dr. Fayemi had not disclosed the amount involved.

The Bureau of Public Enterprise, BPP, is also yet to make the details of the contract with PwC public.

An official letter was also written to the Bureau, requesting the details of the contract, however, up till the time of filing this report, SweetcrudeReports had not received any response.

No one also knows the result of the newly conducted audit by PwC, as it has also been kept away from the public.

How the deal with GINL all began
On August 1, 2016, Nigerians were excited over the government’s bold decision to revitalise the steel sector when it signed a renegotiated concession agreement with an Indian steel company, Global Steel Holdings Limited, GSHL owned by Mittal, for the Nigerian Iron Ore Mining Company, NIOMCO, Itakpe.

The new agreement indicated that Ajaokuta Steel Complex has been reverted to the Federal Government, while GSHL retains NIOMCO.

The move according to Fayemi was in line with President Buhari’s repeated promise to diversify the Nigerian economy and create jobs through agriculture and extraction of solid minerals.

However, concerns persist over Mittal’s alleged reputation for fraud and asset stripping.

In 2003, the Indian government had taken over Ispat from Mittal as a result of owing 18 Indian banks over 800 million euros. The takeover of Ispat Steel by the Indian government forced Mittal to establish and registered Global Steel Holding Limited, which later came to Nigeria to do business.

Checks revealed that Global Steel Holding Limited has no record of any successful steel business anywhere in the world, prompting curiosity on why Fayemi insisted on concessioning Ajaokuta/Itakpe to the Indian.

Despite Mittal’s alleged reputation, the government still went ahead with the concession to Pramod Mittal for eight years.