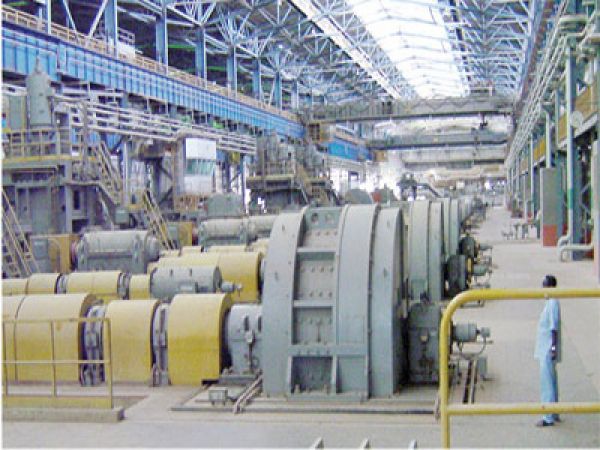 18 November 2017, Sweetcrude, Abuja – The Ministry of Mines and Steel Development has debunked media reports, credited to one Dr. S.O. Nwanbuokei, a director of Global Steel Holdings Limited (GSHL) that the protracted litigation surrounding the ownership of the Ajaokuta Steel Complex had not been resolved.

The ministry said Nwanbuokei’s claims contradicted the position of the Minister of Mines and Steel Development, Dr. Kayode Fayemi, who reaffirmed the Federal Government’s ownership of the Ajaokuta Steel Complex, during the just concluded Nigerian Mining Week.

In a statement by the ministry, the minister declared that the Ajaokuta Steel Complex belongs to the Federal Government of Nigeria, and there was no contention about the fact.

According to the statement, “The position of government is that having ceded the National Iron Ore Mining Company (NIOMCO), Itakpe to GSHL, for the remaining concession period, as part of the agreement reached during the mediation, government would at the appropriate time take a decision on how best to put Ajaokuta Steel Complex to profitable use.

“This includes engaging a new core investor with proven financial and technical capacity to turn around, complete and run the steel complex profitably.”

However, a director of Global Steel Holdings Limited (GSHL), Dr. S. O. Nwanbuokei, an engineer, had yesterday debunked a claim by the Minister that the protracted litigation surrounding Ajaokuta Steel company has been resolved.

Nwanbuokei, whose firm is a party to the dispute said in a statement that he was not aware of the resolution, nor has a settlement been reached.

He said, “Although the company expects to be party to the resolution so referred to, we are not aware that the Ajaokuta Steel Company issue has been resolved. We are aware, however, that the delay in resolving the matter is not caused by GSHL. The company has been open to and cooperated in all the requisite terms precedent to an amicable resolution of the matter.

“We put in all our efforts to conclude the Due Diligence process in the NIOMCO Itakpe with the conviction that the next phases of compliance with the terms of the International Court of Arbitration would be speedily determined. We regret that this has not been the case.

“We are afraid that a message of a similar incorrect formulation may grossly mislead stakeholders both in Nigeria and abroad. We, therefore, request the statement to be removed from the official website address of the Ministry of Steel.

“We need to emphasise that GSHL and the FGN are still in mediation claim on assets which is still binding and therefore no investor can come in until this is finally determined. We are also convinced that the over three years of this mediation is more than enough time to have all the associated issues of the Ajaokuta Steel company and indeed the Nigerian steel dream concluded.

“We, therefore, beseech mediators to eschew extraneous interferences and distractions in order to realise the set objectives of this process,” he added.