Aker Energy to submit plan for Ghana offshore field in 2019 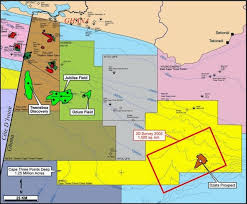 02 September 2018, Stavanger, Norway — Norwegian oil firm Aker Energy will delay submitting a plan for the development of its block off Ghana until early next year to allow time to complete appraisal drilling, expected to start in October, its chief executive said on Thursday.

Aker had initially intended to summit a development plan in the second half of 2018 but has since changed its mind.

“The forecast now is to start drilling in October … Our goal is to identify the oil/water contact to update the reservoir model,” Chief Executive Jan Arve Haugan told Reuters on the sidelines of an energy conference.

Aker Energy plans to make a final investment decision and to submit a field development plan to Ghanaian authorities early next year, with production seen starting in late-2021 or early 2022, Haugan said.

The plan involves developing around 400 million barrels of oil by using a floating production, storage and offloading vessel (FPSO).

“We believe that we should be able to increase the volumes further, but that depends on the recovery rate and on the possibility to tie in nearby discoveries,” Haugan said.

The volumes in place are estimated to be more than a billion barrels, he added.

The company has signed a letter of intent to use Maersk Drilling’s Maersk Viking drillship, which was previously employed by Exxon Mobil and is currently located in the U.S. Gulf of Mexico, Haugan said.

Executives of Aker, which has a 50 percent stake in Aker Energy, have previously compared the Ghanaian field to Norway’s Arctic Johan Castberg field in terms of break-even costs.

Norway’s Equinor, the operator of Johan Castberg, estimates the field’s break-even price at below $35 a barrel.

“That’s not achievable as we speak, but we are working hard to bring down the costs,” Haugan said about the Ghanaian field.

Aker Energy could eventually become publicly listed, but there are no firm plans to do so, Haugan said.