02 November 2015, News Wires – Aker Solutions is carrying out a job reportedly worth around Nkr80 million ($9.4 million) to repair the helicopter deck of Statoil’s Gudrun platform off Norway after cracks were uncovered in the substructure earlier this year. 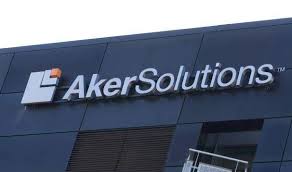 The helideck of the North Sea platform has remained out of service since the cracks were found in March after loud banging noises were heard during helicopter take-offs from the facility.

The state-owned operator has instead been using the helideck of the semi-submersible drilling rig West Epsilon that is moored alongside and bridge-linked to the Gudrun platform, the topsides of which were built by Norway’s Aibel with the steel jacket delivered by compatriot Kvaerner.

Statoil had been looking at possible replacement of the entire helideck, which was built in China under a sub-contract from Norwegian contractor Apply Leirvik.

However, it has now opted to carry out repairs, with local player Aker Solutions now performing the work that carries a price tag of about Nkr80 million, according to a report by news wire NTB.

An Aker Solutions spokeswoman confirmed to Upstream the contractor was carrying out the helideck repairs as part of its maintenance and modifications framework agreement with Statoil but declined to confirm the value of the work.

“Statoil has decided that repairing the helideck is feasible as a good solution and that the current helideck will not be replaced,” she stated.

An investigation carried out by Statoil into the helideck defects has revealed that responsibility for its design was given to a Singapore-based firm, according to the report.

However, there had been misunderstandings in communication between the designer and Apply, which resulted in the load-bearing design of the helideck’s substructure failing to meet Norsok standards applied off Norway.