A/Ibom govt issues warning to ExxonMobil, others over tax 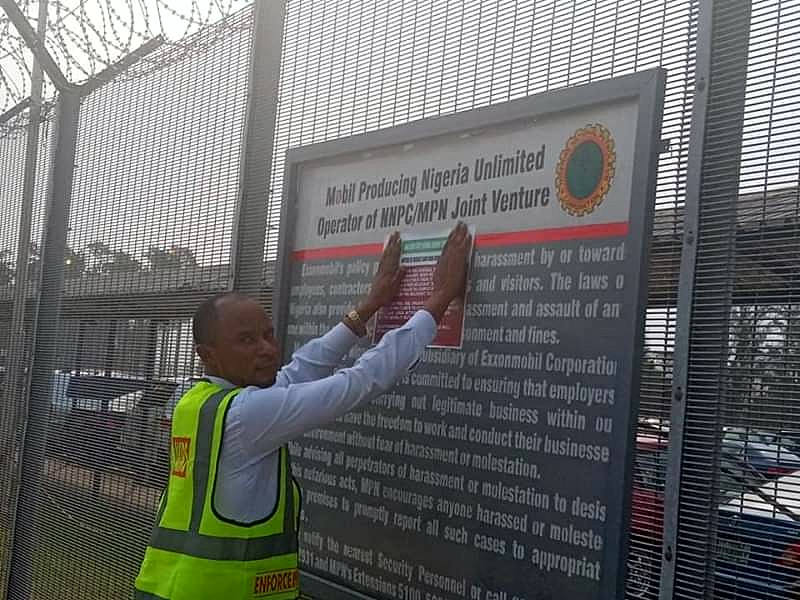 AKIRS, in its tax enforcement and recovery drive, also issued warning notices to Guarantee Trust Bank in Uyo, the state capital as well Fortune Schools, both operating in the capital city of Uyo.

Executive Director, Enforcement and Recovery of AKIRS, Mr Leo Umana, disclosed that ExxonMobil has defaulted in remitting the actual tax deductible from its employees salaries.

The notice explained that the organisations served have seven days to comply, else the agency would take legal actions at the expiration of the seven days notice.

The Notices read that the organizations “have not been remitting the actual tax deductible from its employees’ salaries and other relevant taxes due to the State; hence failed to comply with the provisions of relevant tax laws.”

The Executive Director, Enforcement and Recovery of AKIRS, Mr Leo Umana, said the business outfits of which notices are served are tax defaulters who have deducted taxes from their employees but refuse to remit to the State Government.

Umana, who led the AKIRS team to issue the notices of default and none compliance to the defaulters, said the agency was poised on recovering to the State coffers, taxes which have accrued to billions of naira.

He charged tax defaulters not to delay in visiting the AKIRS office, to remit their taxes and ask questions on issues they do not understand, while assuring that AKIRS team will continue to carry out the enforcement drive in line with international best practices.