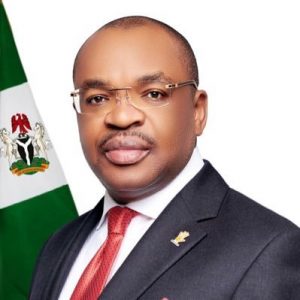 Port Harcourt – The Akwa Ibom State Government has proposed a total budgetary outlay of N435.652 billion for the 2021 financial year.

The state governor, Udom Emmanuel, presented the budget proposal to the State House of Assembly for consideration and approval.

The 2021 budget, which is christened “budget of economic reconstruction,” is expected to move the state closer to actualising its dreams and aspirations of transforming from a Civil Service state to an industrialised one.

The budget is slightly lower than the state’s 2020 budget, which was N597.737 billion and was later revised to N366 billion due to the impact of the coronavirus on the nation’s economy.

Governor Emmanuel said the 2021 budget is predicated on an oil benchmark of $40 per barrel at a production rate of 1.86 million barrels per day, with an estimated exchange rate of N379/$1, in line with the national budget benchmark projections.

According to him, the policy thrusts and objectives of the 2021 budget is education, completion agenda, training and retraining of civil servants on the current trends in public administration, investments in healthcare delivery, development renaissance anchored on industrialisation to take roots in land, air and sea infrastructures.