Alberta to join OPEC+ call, pledges to “keep an open mind” on cuts 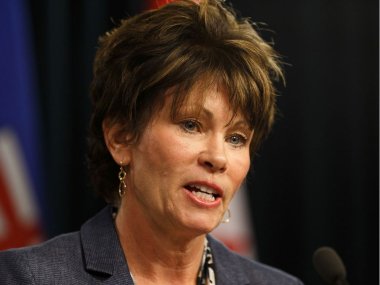 CALGARY — Alberta Energy Minister Sonya Savage will participate in an OPEC+ call next week aimed at resolving the global oil price war and will “keep an open mind” on how the province can participate in a solution, Premier Jason Kenney said Friday.

“We cannot have a meaningful impact on global prices because of our landlocked status,” Kenney said in response to reporters’ questions. “But we are open to playing a role if there’s a larger effort to stop the madness.”

Kenney laid the blame for the current price crash on Saudi Arabia and Russia for their “predatory dumping” of crude on the global market. He also said he has continued discussions with U.S officials about how to protect the North American industry against the actions of the Russians and Saudis.