‘Algeria to honour its gas commitments with Spain’ 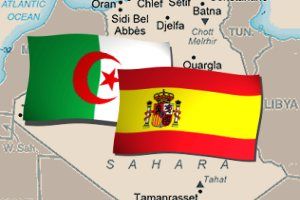 Algiers — Algeria will honour all its gas commitments with Spain, a foreign affairs ministry statement said on Friday, days after Algiers blocked trade over a diplomatic dispute about the status of Western Sahara.

“Algeria has already let it be known by the most authoritative voice, that of the President of the Republic, that it will continue to honour all its commitments,” the statement said.

Algeria announced on Wednesday the suspension of a 20-year-old friendship treaty with Spain and its banking association ordered payments to and from Spain to be stopped, which, according to Algerian sources, affects all trade except for gas supplies. read more

Algeria also said that Spanish commercial firms needed to “assume all of their contractual commitments.” Friday’s statement did not provide further details.

Algeria was angered when Spain said in March it supported a Moroccan plan to offer autonomy to Western Sahara. Algeria backs the Polisario Front movement seeking full independence for the territory, which Morocco regards as its own and mostly controls.