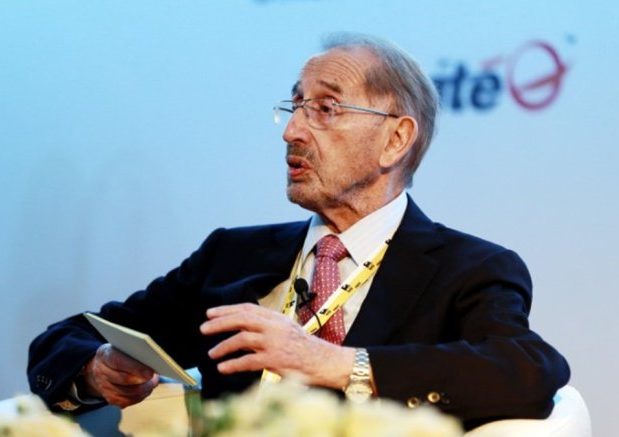 09 March 2018, Sweetcrude, Vienna, Austria — the Organisation of Petroleum Exporting Countries, OPEC, has disclosed the death of Dr. Aliero Parra while also expresses sadness and extending its deepest condolences to his family.

In a statement it released today, OPEC described Dr. Parra as one of the Organization’s and the petroleum industry’s most respected and legendary leaders.

Mr. Mohammad Sanusi Barkindo, the OPEC Secretary-General, said: “This is an extremely sad day, not only for his family, his wife Sally and their children, who are in our thoughts and prayers but for the entire OPEC family which Dr. Parra was a founding member and remained a treasured part of his entire life. But we should also recall the great life of this quintessential gentleman: one of the great men of the industry, a proud son of Venezuela and a citizen of the world, a scholar, a real oilman – and, to many of us, a very dear friend.”

Dr. Parra was a true OPEC pioneer, an oil industry innovator, a man who was always willing to share his great wisdom with others, and a witness to many historic OPEC moments, including the establishment of the Organization at the historic Baghdad meeting in 1960.

At the time of OPEC’s founding, Dr. Parra was an assistant to Venezuela’s legendary Minister of Mines and Hydrocarbons, Juan Pablo Pérez Alfonzo. It would prove to be the beginning of a long and distinguished career; one with many great accomplishments spanning several decades.

Early in his career, as a member of the Presidential Commission on Oil Nationalisation in 1975, he participated in the creation of Petroleos de Venezuela S.A., or PDVSA. In fact, as a founding Board Member of PDVSA, he spent 15 years helping to shape the company into an efficient, global commercial enterprise.

In this, he modernised PDVSA’s downstream sector and revamped the entire refinery sub-sector, while also making sure the company was more efficiently integrated into world markets. He also initiated and facilitated the development of Orinoco heavy crude.

Dr. Parra was Venezuela’s Minister of Energy and Mines from 1992–94 and during this period he also served as President of the OPEC Conference.

These eminent achievements alone are venerable but over the years Dr. Parra was involved with many other professional activities.

He was a former President of the International Association of Energy Economists (1988), Chairman of the British Institute of Energy Economics (1997) and the Oxford Energy Policy Club (1984-95). He was also a former President of the Latin American Energy Organization (OLADE) and a Member of the International Advisory Board of the French oil company, Total.

In October 2006, he was elected an Honorary Fellow of the British Institute of Energy Economics.

He was also Chairman of the Advisory Board of the Energy Intelligence Group in Washington DC and Vice-President of the Anglo-Venezuelan Society in London.

From 1997, he served as a Member of the Board of CWC Associates Limited, the famous energy consultancy in London.

In 2017, at a gala dinner among OPEC and non-OPEC participants which commemorated the landmark ‘Declaration of Cooperation’, the Organization honoured his distinguished career and life achievements. In receiving the award, Dr. Parra said: “I am humbled, surprised, but delighted to be the recipient of this tremendous and incredible honour.”

Dr. Parra also noted that “back in 1960 there were many people who believed that OPEC would not last long, but it is still here today and I believe its best days are yet to come.”

To the last, he was true to his modest and respectful nature.