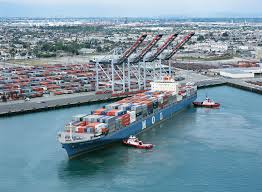 28 March 2018, Sweetcrude, Lagos – The chief executive officer of Antwerp Port Authority in Belgium, Jacques Vandermeiren, says ports all over the world were aiming for a future built around sustainable economic models.

He spoke as nearly 1,000 ports and port-related companies gathered for two days in Antwerp and committed themselves to achieving the 17 Sustainable Development Goals, SDGs, set by the United Nations.

The event, held under the auspices of the World Ports Sustainability Programme, WPSP, saw the international port community signing the commitment on March 22.

Specifically, ports and companies are focusing on five practical areas, including the development of robust infrastructure; climate and energy with the emphasis on initiatives that contribute to achieving the objective of the Paris climate agreement; societal integration; safety and security including cybersecurity; and transparent, ethical policies and management.

“Ports all over the world are aiming for a future built around sustainable economic models,” said Vandermeiren, who was the host and keynote speaker at the event.

“This transition process includes the elements that will help us to respond not only to the global but also the local challenges currently facing us, such as climate change, mobility, digitalisation, migration, and societal integration,” he added.

The commitments made by the international port community are recorded in the Charter of the World Ports Sustainability Programme, signed on March 22 by the European Sea Ports Organisation, ESPO; Worldwide Network of Port Cities, AIVP; American Association of Port Authorities, AAPA; World Association for Waterborne Transport Infrastructure, PIANC, and the International Association of Ports and Harbours, IAPH. They, together with Antwerp Port Authority, took the initiative to set up the WPSP.

Together, these organisations represent nearly 1,000 ports and port-related companies and bodies from more than 100 countries around the world.

In 2008, the World Ports Climate Initiative was launched. On that occasion, 55 major international ports committed themselves to measures for tackling climate change.